View Profile
Pretty and petit Sonal Sehgal is pitted opposite Himesh Resshamiya in his forthcoming film radio. Playing his wife, Sonal has two more big projects in her hand. 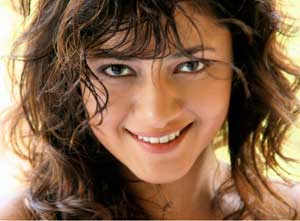 Although married, sonal has never felt any stumbling block in the industry due to her married status. Good work, good intentions and good looks are the mantra for success, she has been told time and again. She is very happy with the kind of work that she has and is still more happier with the fact that industry outlook towards married women has changed. Kajol, Karishma kapoor, Aishwarya Rai Bachchan- list of married and successful heroines is long.

Q: Do you at any level, relate with your character 'Pooja' in Radio?

Sonal Sehgal: I play a d Puja, who is Vivan s(Himesh s character name) ex wife. The film opens on their divorce sequence and goes on to narrate how there is no love left in their marriage. They are both head strong individuals and so, though they love each other, yet cannot live under the same roof.

Q: do you think that youngsters today will connect to your character?

Sonal Sehgal: It s a very contemporary love story, and I totally identify with it. I don t believe every relationship needs a tag. Vivan and Puja are best friends even after their break up. I am positive that the youth of today will empathise with these characters. It's better to end a relationship and carry on as friends with respect for each other, rather than keep fighting and make each other s life miserable. It's film depicting beautiful intricacies of relationships. And like the song in the film goes "zaroori nahin jo paas hai vo saath hai, ya jo saath hai vo paas hai"

Q: What was the experience of working with Himesh?

Sonal Sehgal: Himesh is a very positive person and very hard working. So when you have that kind of energy around you, you get super charged. And that is how the entire cast and crew was during the shoot. Even the director Eshan Trivedia nd producer Ravi Agrawal were very positive. Ravi ji would keep inspiring us with his pep talk and hundred percent cooperation.

Q: Do you listen to radio in real life? Any RJ that you really like?

Sonal Sehgal: Radio has really come of age in the last few years. It's both informative and entertaining. Whenever I am in my car, I am always listening to the radio. Mantra is my favourite RJ.

Q: There is another actress in the film, Shenaz. Was there any catfight between you & her on the set? How was the chemistry with her & Himesh?

Sonal Sehgal: Are you kidding me? Shenaz is a great girl! Fights happen when people are insecure. I think both Shenaz and I are very secure individuals and which is why we had a great time shooting together. In fact, on our last trip toDelhito promote the film, I took her around the city to all the hot shopping spots! We had loads of girl fun.

Q: Your forthcoming movies are Nagesh Kukunoor's 'Aashayein' with John Abraham & Milap Zaveri s 'Jaane Kaha Se Aayi hai tu". Your role in brief? How did you get those films? Anything special to relate.

Sonal Sehgal:'Aashayein' was a walk-in audition where I walked in and came out with flying colours (laughs). Milap saw the theatrical promo of 'Aashayein' and called me to offer the role in 'Jaane kahan se aayi hai'. The characters and genres of the two films are so apart from each other, that I instantly decided to take it up. Not every actor is lucky enough to experiment so early in their careers

Interestingly , I play the characters who are working behind the scenes in film making in two of my forthcoming films. A choreographer in 'Radio' and an assistant director in "Jaane kahan se aayi hai", and I do connect to both. These were easy, because I have assisted Pradeep Sarkar and I am very familiar with the technical aspect of film making. All that goes behind the camera and I had to enact that in front of the camera.

Q: When is Aashayein expected? Has the delay in release caused any disappointment to you?

Sonal Sehgal:When 'Aashayein' release got postponed due to unprecedented reasons, I was very disappointed since it's the first film I shot for, and will always be very close to my heart. But since I have not had a release yet, I didn't get typecast because nobody had seen my work. So in my forthcoming films I play very varied characters. From a doting girlfriend in Nagesh Kuknoor's 'Aashayein', to a spoilt hottie in Milap Zaveri s 'Jaane kahan se aayi hai' to a reckless-sort-confused-in-love girl in Ishaan Trivedi s 'Radio'

Q: You've worked in music video & now film. Which medium did you like the most & Why?

Sonal Sehgal:I have done music videos for probably all popular singers like Pankaj Udhas, Bally Sagoo, Jazzy B, Ali Haider, Harbhajan Mann, Euphoria etc. I think, the only one I missed out on, was Himesh Reshammiya and so I ended up doing a movie with him (Says laughingly). The music of the film is already a hit, and we can all see how Himesh has re-invented himself , both in his look and sound.

Mohit Sehgal on new look in Naagin 5: Jai's character has a lot of ...