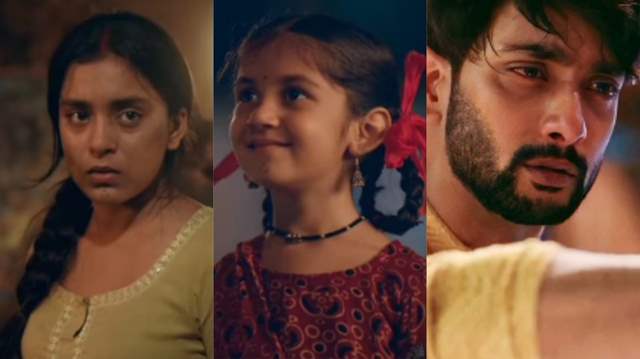 Star Plus show ‘Imlie’ has kept fans hooked to the TV screens. The current track of the show revolves around Imlie and Aryan separating and living their individual lives. Imlie rescues Malini-Aditya’s baby Gudiya and is bringing her up.

Imlie and Cheeni are staying at Pagdandiya as independent journalists. As informed by India Forums, in the forthcoming episodes, Aryan will end up in Pagdandiya as one of Imlie’s reports will put a bad impact on Bhaskar Times. Aryan will be shocked to cross paths with Imlie again. The duo will be totally against each other. Imlie will focus on sending Aryan out of the village while Aryan would want to teach a lesson to Imlie.

In the forthcoming episodes, Aryan will be seen bonding with Cheeni not realising that she’s the same baby that he used to bond brilliantly five years ago. Imlie tries to send Aryan out of the village while Aryan attempts to get rid of Imlie. However, when villagers humiliate Imlie and the kid, Aryan takes their side. Malini and Anu arrive at the village to create more problems.

Furthermore, Cheeni finds out the history of Imlie-Aryan and decides to unite them. Aryan decides to return to the city for good but the kid follows him in the boot of his car. Once they reach Rathore house, the kid insists on having Imlie around. Aryan has no choice but to get Imlie back home. Malini tries to create a rift. Imlie decides to resurrect Bhaskar Times.

+ 8
2 months ago it's heartbreaking to see how much fae is putting into this role for the trps to just keep dropping.

+ 5
2 months ago It is good the trps of Imlie dropped. Imlie ne aapne Gudiya ke obsession mein Cheeku, Aryan and TRP's, teeno hi gawa Dee's. Serves the makers right for serving such cringe content. The makers should know that fans are interested in Aryan Singh Rathore and Imlie's story. Fahmaan Khan and Sumbul Touqeer are doing a great job as usual. Hardly anyone cares for Aditya and Malani's baby!

+ 5
2 months ago Fahmaan Khan is ruling the hearts of fans by trending for 5 days straight for his portrayal of Aryan Singh Rathore. Loving the dark and desolate version of Aryan. Hopefully things will improve once Aryan meets his Imlie!

+ 2
2 months ago Everybodu wondering how they got script!! Bhai they do nasha so easy to steal… plot churlaliya reporters ne🤣🤣🤣i want to believe cheeni is product of meethi and satkyakaam bus boldia… plus she had some heart disease or soemhing no? How she here on earth?

+ 5
2 months ago Really not interested in watching the Adini brat! Please focus on Aryan and Imlie. We see this show for Arylie!