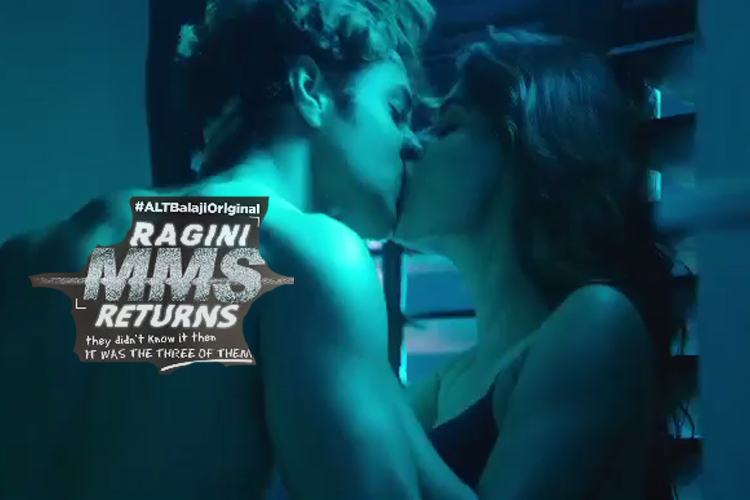 ALTBalaji's highly anticipated horrex digital show, Ragini MMS Returns has hit the right chord amongst audience with its first look and trailer.
Recently, we got a glimpse of the show and it surely promises to titillate and spook the audience.
The above featured intimate scene between Karishma Sharma and Siddharth Gupta has an interesting trivia to it too. The love-making scene was re-shot to make it look real and wild, reveals a source from the sets.
Produced by ALTBalaji, directed by Suyash Vadhavkar, featuring Karishma Sharma, Siddharth Gupta, Riya Sen, Nishant Malkani, Dilnaz Irani, Priyanka Bora and several others, Ragini MMS Returns will be streaming on ALTBalaji's app on the 19th of October, 2017.

All the best for this web cracker...ERk you are great...

3 years ago Waiting for it...Ragini mms Returns is most awaited for me...love Erk