The Supreme Court upheld the conviction of Sanjay and sent 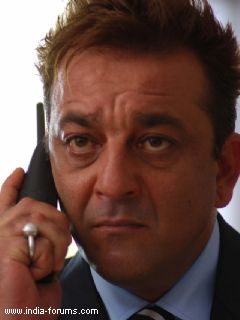 him to five years imprisonment. He has been asked to surrender within four weeks.

"I can't imagine 'Munna Bhai' series without Sanjay Dutt. But unfortunately, things are not in our hands. I feel it a very harsh punishment. I am surprised as much as you all are surprised with this news," Kapoor told IANS.

The first two films - "Munnabhai M.B.B.S" and "Lage Raho Munna Bhai" - were directed by Rajkumar Hirani, and there is still to be a definite word on who will direct the third film - Kapoor or Hirani.

However, now with Sanjay's conviction, progress on the film is yet to be decided upon.

"I will have to speak to the producer Vidhu Vinod Chopra about it. I can't take a call on that. In the next two days, we will have a chat and discuss what needs to be done."

"Our film has not yet gone on floors, but just imagine about other producers and directors, who have done films half-way with Sanjay," he added.