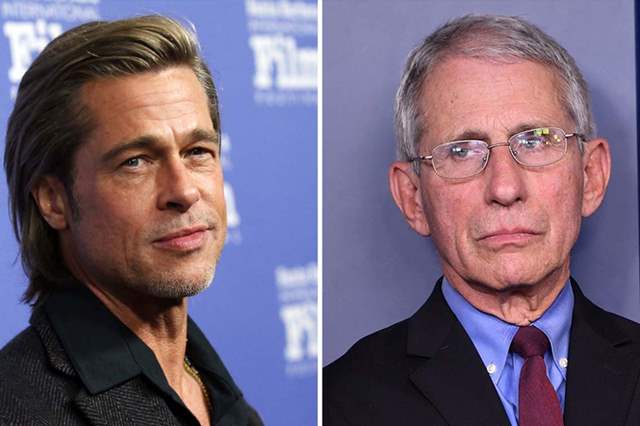 Apart from being totally open and honest about his work and developments related to treating and analysing coronavirus, Dr. Anthony Fauci has also been rather sporting about things which includes Brad Pitt's Fauci impersonation on Saturday Night Live!

And now that Pitt has received an Emmy nomination for the same, Fauci responded to the same.

"It doesn't go to my head," Fauci said Thursday while talking to the Associated Press. "It's somewhat surrealistic. I think it's interesting and a little bit strange."  The White House coronavirus pandemic adviser added, "I don't get distracted by that. I really have to focus like a laser beam on the things that I'm responsible for."

The Oscar-winning actor played Fauci during a cold opening in late April; the highly-respected doctor joking he wanted Pitt to play him on SNL when asked his actor preference.

Pitt played a version of Fauci who had to debunk a lot of bad information from President Donald Trump and tell people not to ingest disinfectant. At the end of the bit, Pitt broke character to thank all the first responders and health care workers for their tireless efforts.

"I think he did great,” Fauci said then. “I'm a great fan of Brad Pitt, and that's the reason why when people ask me who I would like to play me I mention Brad Pitt. He's one of my favorite actors. I think he did a great job."