These days, all you see is actors doing the same thing over and over again. Get's boring, eh? This month, BollyCurry brings to its readers a few Bollywood actors who seriously need to take a step back and reconsider their decisions. Time for metamorphosis? 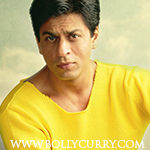 The one at the very top of this list is the King of Romance himself, Shah Rukh Khan. Mr. Khan, yes, everyone's loved you romancing with your co-stars. However, time has come for you to move on to more mature roles that better suit your real age. Romancing with girls half your age is no longer appropriate, especially with the obvious physical age difference. Furthermore, the romantic gestures and acting nuances we once loved are getting a bit repetitive. The younger actresses are only making you look older. Hence, if you're trying to look younger by taking up such roles, we'd advise you to rethink? We would love to see King Khan in more performance driven roles like that in Chak De India and My Name is Khan. 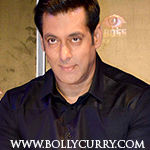 Every girl goes crazy seeing Salman Khan's good looks and even better physique. However, the only thing we have seen from him lately are cheesy action stunts and even cheesier dance moves. Whatever happened to the meaningful characters he used to portray? Movies like Hum Saath-Saath Hain and Maine Pyar Kiya are still loved till date by the audience due to these roles of his. We'd sincerely suggest Mr. Khan to expand his role selection and explore genres other than action. Yes, portraying action gets the crowd roaring; however, there comes a limit to overdoing it as well. Even a mixture of both would be appreciated. The slow start of recently released Jai Ho might just be the sign to move on from the masala action filled flicks. 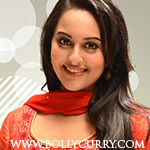 Sonakshi Sinha, the girl applauded for her figure, is also added to this list. Reason, you ask? Well, it'd have to be the same as the one given for Salman Khan: focus on some performance oriented, character driven roles which portray you as more than just the love interest of the typical hero in an action film. Looking back at the characters she has played, one can only spot such roles, barely possessing the individuality of a character impacting the movie on a larger scale. Lootera was a great start in the right direction and hopefully in coming years, audiences will get to see similar choices in your kitty. 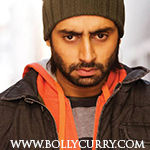 After the latest venture of Dhoom 3, the only advice we can give Abhishek Bachchan is to come in films other than the Dhoom Franchise. Yes, we appreciate your focus on your personal life, but if AB Jr. doesn't pick up the pace, the only thing that he will be remembered for is going to be the stagnant character of ACP Jai Dixit from the Dhoom series. Losing fame, are we? 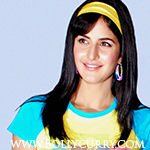 Dear Ms. Katrina Kaif, may we kindly advise you to focus on your characters as well! Taking your latest stint in Dhoom 3, we are forced to question your importance in your films. Is your presence just for the glamour factor? Please don't take the title of Bollywood's Barbie so seriously, step out of these plastic glamorous roles and move on to some meaty characters. And even more importantly, shoot for some more screen-space so that your character doesn't seem to be a cameo! Concluding, focus on performance driven characters containing depth rather than just flaunting off impeccable body and good looks!
There are numerous other names that could be added to this list, including those of the Deols, Akshay Kumar, Sanjay Dutt, etc. However, BollyCurry signs off hoping to see some changes in the characters picked by these Bollywood actors in the near future. Remember, change is the only constant. One cannot portray oneself as young and active at all times. Here's hoping to spot some metamorphosis from these celebs in the near future!
Disclaimer: The opinions in this article are of the writer(s) solely and are not meant in any way to malign, hurt or upset anyone.
Writer: Khushi P.
Editor: Komal P. and Gunia M.
Graphics: Saraa K.
Do you have a suggestion or comment for BollyCurry? Drop us a PM at BC_Dropbox today!