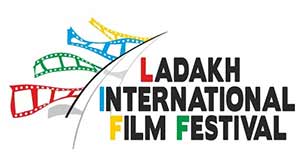 from Delhi, as well as Thuksey Rimpoche, regent of His Holiness Gyalwang Drukpa (head of Drukpa lineage).

The inaugural lamp was lit by a few Ladakhi students.

While Deepti paid a tribute to her late close friend and co-star Farooque Sheikh, Mehra praised LIFF as a "fest with a big heart however, small it is".

Mehra, who is a patron of the three-day gala, said: "The child is just born. It is just three years old and still learning how to walk."

The fest opened with the screening of Kamal Swaroop's National Award winning non-feature film "Rangbhoomi", a biopic on the life of the late Dadasaheb Phalke.

The festival has Korea as the focus country this time and four Korean films will be screened during the course of the event.

Filmmakers Mani Ratnam and Anurag Kashyap are likely to join the festival.

Shilpa Shukla, whose film "The Coffin Maker", will be screened here, is also present.

As many as 67 films will be screened in three days.

There was low turnout from local Ladakhis as compared to the past edition of the festival. However, those present rejoiced the cold breezy winds with a scorching sun and hilly terrain as the backdrop, with snow-capped mountains peaking from behind.