Disclaimer: BollyCurry does not claim the following gossip to be 100% true.
Shah Rukh Khan VS Salman Khan 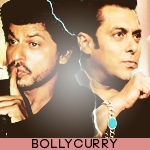 Talk of B-Town feuds and instantly two of the reigning Khans spring to mind. The much publicized celebrity fight between Karan Arjun co-stars kick started in 2008, before which both were commonly known to be the best of friends. It all began at the fated birthday party of Salman's then girlfriend, Katrina Kaif, and their relationship has been sour ever since. Apparently, a heated argument took place at the venue, spiteful words were exchanged and now both Khans have vowed not to cross paths again. After many years of this on-going cold war, the duo was recently seen embracing onstage of the Star Guild Awards 2014 and yet again at the iftaar party of Congress MLA, Baba Siddique. Is this hinting that the once best buddies turned foes are slowly returning to friendship? Or is the cordiality just for the media?
Bipasha Basu VS Sajid Khan 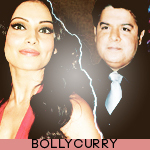 Not seeing Bips during the trailer launch of Humshakals followed by all other promotional events took the audience by surprise. The beautiful actress had apparently decided to stay away from the movie's promotions because not only was she not given a higher pay cheque than her co-stars Tamanna Bhatia and Esha Gupta, but a meatier role as well! Despite various attempts by Khan to pacify her, Basu did not budge. She also wrote a post on a micro-blogging website clarifying that she was not going to promote Humshakals, with Khan stating that he will not work with the actress ever again. Wouldn't it be written in contract what your role is and how much your salary will be? So who crossed who? Yeah, we are confused too!
Karan Johar VS Kareena Kapoor 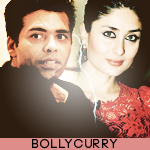 KJo's next venture, tentatively titled Shuddhi, was all set to be graced by the once much-loved couple, Hrithik Roshan and Kareena Kapoor. The project was more or less set, finalised and locked until news broke out that Roshan had decided to move on since Shuddhi's dates were not quite matching his availability. No sooner after this, Bebo also put her papers down claiming that the movie is shelved. Johar, on the other hand, tweeted that the film would be ready for release on December 25th, 2015. We can put this down to a miscommunication between the pair who often refer to each other as brother-sister, but we're sure it's more than that. Whatever it is, the truth has a nasty habit of revealing itself. Till then, we'll wait.
Aamir Khan VS Shah Rukh Khan 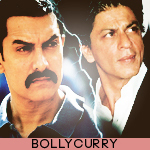 It seems the more popular you are, the more rivalries you create, hence SRK features on our list twice. No doubt that these are two Khans are the biggest stars of Bollywood so no surprises that a bitter enmity runs between them. Mr. Perfectionist and King Khan's cold war began in 1995 when SRK won the award for Best Actor for Dilwale Dulhaniya Le Jayenge, leaving Aamir Khan miffed claiming that he was more deserving his role in Rangeela. Thereafter Aamir Khan has avoided attending any sort of Bollywood award functions claiming them baseless. The next year saw Aamir winning the award for Raja Hindustani, which he infamously rejected. Hard work deserves an applause and our B-Town fellows crave the attention from film watchers. However, this feud seems too trivial for us, especially the length it has been running for.
Has the platform that was once considered as a medium to showcase talent and purely entertain become an arena for meaningless quarrels and constant battle? We hope our role models can let bygones be bygones and resume the friendships that once bore the Indian film industry many a treats.

With that, we've come to the end of this special edition. Let us know your take in the space below.
Author: Sonia R.
Editors: Mohini N. and Jenifer Y.
Graphics: Shikha A.


Have a suggestion or comment for BollyCurry? Then drop us a PM at BC_Dropbox today!
9 Likes