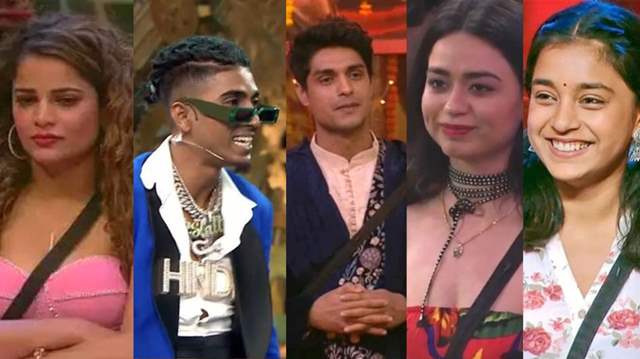 Colors' Bigg Boss 16 has been one of the talked seasons so far. And the houseguests are leaving no stone unturned to make the show interesting. The drama in the house is increasing day by day. Last week, Gautam Vig got eliminated from the house and now as pee usual, the next round of nomination took place.

And we at India Forums bring you the nominated contestants this week. If sources are to be believed, Archana, Ankit, Sumbul, Soundarya & MC Stan are nominated this week.

As pee updates the terror of nomination loomed on all the housemates. The master of the house announces a unique nomination task titled ‘Crime Scene’, which is conducted in four rounds. For each round, ‘Bigg Boss’ appoints a killer who will have to kill one out of two housemates, who belong to rooms three, four, and six by shooting them with a rifle. Each of the two potential preys will have to make a convincing pitch on why they must survive (in the task and the house) and the other deserves to be shot (nominated). The two housemates can offer ‘rishvat’ to the killer and it is up to the killer to decide if it’s valuable enough to spare the housemate. Once the killer arrives at a decision, he/she must state their reason for shooting (nominating) them. It will be entertaining to watch the housemates negotiate with the killer to evade nominations.

Amid all the drama, Sajid Khan and Abdu Rozik’s ‘Long Son Short Son Show’ brings a dose of comic relief. Sajid and Abdu hosted guest Shiv Thakare, who asked a series of fun questions. Will you marry Archana Gautam to retain captaincy? Who will you save between Ankit Gupta and Priyanka Chahar Choudhary if their plane is about to crash? Who’s a bigger fighter between Abdu and Hazbulla? Who will you shoot between Nimrit Kaur Ahluwalia and Abdu Rozik? It will be interesting to know the captain’s answers to these questions.

+ 7
2 months ago Might as well BiggBoss give the trophy to Sajid and make Nimmo the runner-up and end this. The bias has become so much more obvious now! chit bhi meri pat bhi meri anta mere baap ka... like, wth, seriously?

2 months ago I hope MC Stan leaves. The makers went easy on him.

+ 15
2 months ago bigg boss is so biased every time he nominates priyanka's group. useless sajid nimrit are always saved