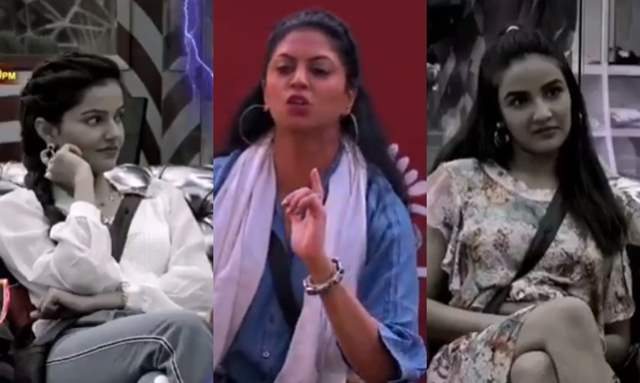 Bigg Boss 14 has definitely been turning interesting by the day and with that, tasks are what have kept everyone engaged in the show so far. The next task will see a divide follow in the house as Bigg Boss divides them into two teams with Rubina Dilaik and Jasmin Bhasin playing two sisters who want a 'batwara' of the house.

While Kavita Kaushik will turn the 'mukhiya' for the task, Jasmin and Rubina have to fight for the various sections of the house and the promo sees them fight over the kitchen and the dining room. Both Rubina and Jasmin put their points forward and while they both have some revelations to make and while they don't agree with each other, we see Kavita declare Jasmin the winner for this one.

As the task will progress, we will see similar conversations around various sections of the house and it will be interesting to see how they put up a fight and what is it that they do to win over the sections. Given the nature of the task, arguments are also likely to follow, and it will be fun as well as explosive, to say the least.

What do you think? Drop your comments below.