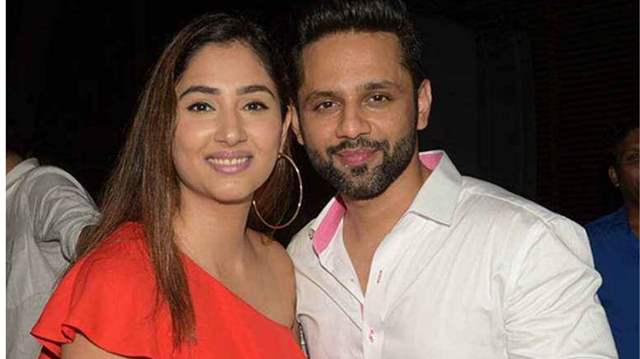 Bigg Boss 14 contestant Rahul Vaidya has had quite the journey inside the house. While the singer entered the show with a lot of fun and frolic, there came a time when he chose to exit the show by walking out, instead of continuing his journey. However, he did re-enter the show soon and has been trying to make a mark for himself yet again.

Amid all of this, a Weekend Ka Vaar promo sees Salman Khan reprimanding Rahul and denying his request to stop calling him 'bhaaga hua.' However, if that's not it, on trying to explain his game and re-entry, he was also told by the host that this does not deserve an explanation, thereby making it seem like he is not very happy with his game.

While Khan might be correcting him in good light, Vaidya's fans have come out in his support yet again as they have taken to trend '#BB14TheRKVShow' and alleged girlfriend Disha Parmar has joined the fans in doing the same!

Check out her tweets and some fan tweets here:

Now, it'll be interesting to see how things change hereon and if Khan will see Rahul up his game after all!

Bigg Boss 14: Disha Parmar on entering as Rahul's connection: Not ...