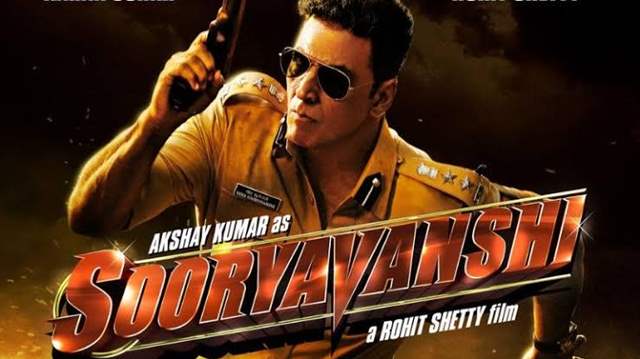 After a long wait of almost a year, Akshay Kumar’s cop drama ‘Sooryavanshi’ is reported to finally lock a release date.

Rohit Shetty’s much anticipated film, Sooryavanshi, will have a theatrical release on April 2, 2021, reports Bollywood Hungama.

However, here is a little twist! The makers have opted for an unconventional approach for the film’s release and will release the film only in single screens and non-national multiplexes across the country. This means that Sooryavanshi will not release in big nationwide multiplex chains like PVR, Carnival, INOX and others.

Rohit Shetty and Reliance Entertainment were in talks with the multiplex cinema chains for the film’s release while demanding certain terms to earn the best profits. However, the nationwide cinema hall chains have not been able to come in agreement with the films’ team.

As a result, the makers have decided to opt for single screens and non-national multiplex chains in order to release the film with no further delay.

Rohit Shetty's Sooryavanshi the film was initially slated to release on 24 March 2020, but the release was postponed owing to the coronavirus scare. The highly anticipated action film also features Katrina Kaif as the female lead and marks the reunion of Kat with Akki after nine years. The film also stars Ranveer Singh and Ajay Devgn in a cameo role.