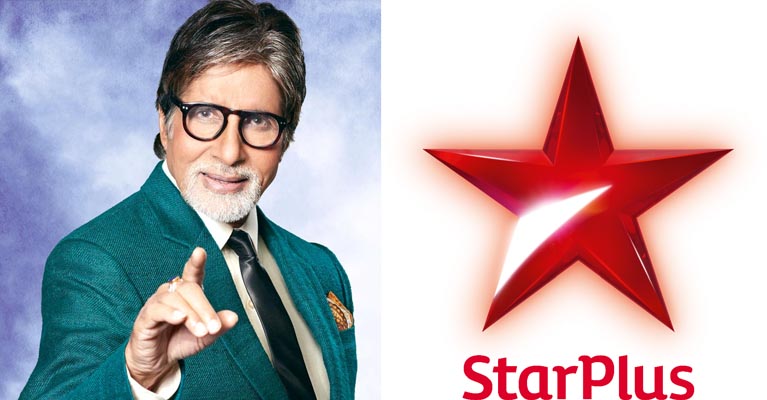 Bollywood megastar Amitabh Bachchan, who began his epochal journey on the small screen 15 years ago with STAR Plus, has once again joined hands with the channel for a unique project titled "Aaj Ki Raat Hai Zindagi". The 72-year-old is likely to be seen in a "never-seen-before" avatar.

They have come together to "once more change the grammar of creativity and entertain and inspire a nation", read a statement from the channel.

Amitabh, who began his TV innings as the host of a popular game show in 2000 on STAR Plus, said: "I was always looking to associate with Star Plus again. However, I was keen that we come together for a befitting show that carries forward the legacy.

"When I heard about 'Aaj Ki Raat Hai Zindagi', I instantly connected with it. I genuinely believe that media is a powerful vehicle to inspire change, but we have to achieve this in an entertaining manner."

The actor, who has connected with several fans over his four decade-long dedication to showbiz, is looking forward to the new show, and added that it "will be a thoroughly entertaining show, but has its heart in the right place".

Uday Shankar, CEO, STAR India, says "Aaj Ki Raat Hai Zindagi", will "not only entertain but also inspire individuals and leave them with a reason to smile".

"Our vision has been to inspire a billion imaginations and we have aimed to do that with every content offering we bring forth as a network. With 'Aaj Ki Raat Hai Zindagi', we have once again collaborated with the biggest superstar of the country Amitabh Bachchan for a unique project on Indian television," Shankar said.

To tease fans about the show, Amitabh has posted the link to a 30-second video on his Twitter page. He can be seen making the dull and and boring ride of an elevator interesting by breaking into an impromptu gig. He is seen dancing and prancing around in an elevator in a track suit with foot-tapping beats in the background.

The 72-year-old does not even say a single word in the video, but catches the attention with his agile and fun dance moves.

The show will be presented by Maruti Suzuki and powered by Cadbury Dairy Milk. And it's coming soon!