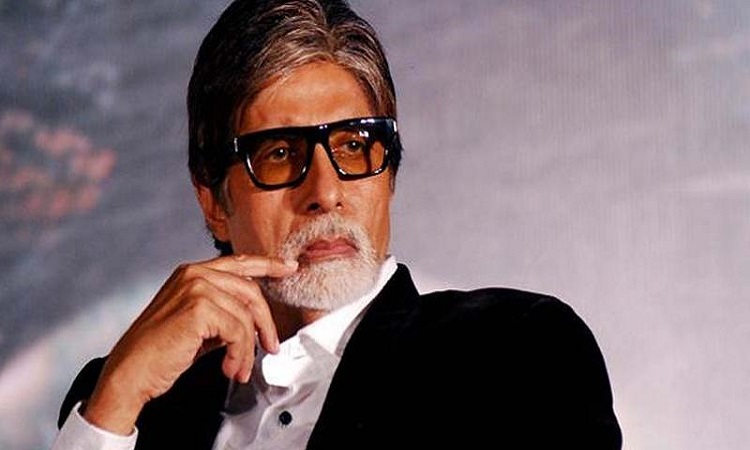 Megastar Amitabh Bachchan is nearing the end of his shooting schedule for "Thugs of Hindostan", which has been a strenuous project for him.

Big B wrote about it on his blog.

"The work pressure increased. Some issues arose and that did not allow me the liberty of getting out of 'Russia'. Something that can easily come off and on because of the intricate prosthetic make-up for 'Thugs of Hindostan' and the time it takes. So, look a bit Russian too with that woolly cap.

"But work on the 'Thugs of Hindostan' reaches an end soon like for me perhaps tomorrow then there are the promotions to do. Invent and write to execute them... it's work and more work... and it should never stop," he wrote.

The cine icon, 75, was geared up for "another rough day", maybe the last for him on the film.

It was during the shoot of "Thugs of Hindostan" in Jodhpur when a team of doctors had to be flown in to check on Bachchan, who had been involved in some action scenes for the movie and was required to wear heavy costumes.

The film also stars Aamir Khan, Fatima Sana Shaikh and Katrina Kaif. It is scheduled for a Diwali 2018 release.

The Yash Raj Films production is being helmed by Vijay Krishna Acharya, who directed Katrina and Aamir in "Dhoom: 3". It is an adaptation of the 1839 novel "Confessions of a Thug".

Amitabh has another film in his kitty -- "102 Not Out", which also stars veteran star Rishi Kapoor.