View Profile
Globally recognized as a legend, Bollywood actor, Amitabh Bachchan, famously titled the 'angry young man' lives up to his fans' expectations once again. Known for his distinctive voice when his acting skills are to be kept aside 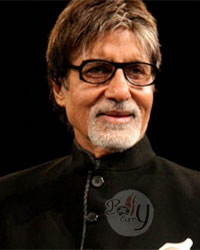 from time to time, there's no doubt in saying his vocals are enough to have the full Bachchan essence in a movie without his presence being visible.

Bachchan has been known to utilize his baritone voice in many films over the years, be it in the form of playback singing, narrating, or commentating, but it doesn't stop here. Being one of the greatest actors of the Indian cinema, Bachchan is all set to lend his voice to the greatest character in the upcoming animation film, Mahabharat.

Big B completed an entire session of recording for the 'bigger B' of Mahabharat within an hour! Are you wondering who this other 'B' is yet? Of course you are! It is the raging voice of the historic character Bheeshma Pitamah, who is the grand uncle of the Pandavas and Kauravs. He possesses the strongest influence in the epic battle and plays a major role in the process.

Producer Jayantilal Gada has reportedly spent Rs. 150 Crore on this animated flick, in which other actors such as Sunny Deol, have also been roped into the project. Sunny has also dubbed his voice for the character of the third son of Pandu, Bheem.

BollyCurry respects Big B's decision to lend his voice to the animated movie free of cost,; his status is already kept in high honor in B-town, but this certainly makes a mark in the pages of history along with the development of the epic battle to be seen in animation for the first time!