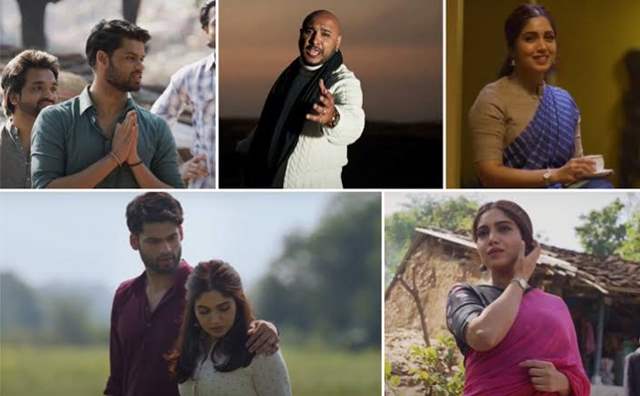 B Praak, the well-acclaimed singer is all set to get the country mesmerize with his voice for the movie’s first song ‘Baras Baras’

Following the successful trailer launch of the upcoming Amazon Original Movie Durgamati, the creators of the movie have today unveiled the much-awaited romantic track - ‘Baras Baras’ from the conspiracy thriller. Sung by B Praak and composed and written by Tanishk Bagchi, the melodious song features Bhumi Pednekar and Karan Kapadia. The additional vocals for the song are given by Altamash Faridi. The song gives a glimpse of the budding romance between Bhumi and Karan’s character in the film which also marks their first film together.

Directed by Ashok, the Bollywood thriller is produced by Vikram Malhotra, presented by Akshay Kumar under the Cape of Good Films banner, along with Bhushan Kumar under the T-Series Banner. Film also stars Arshad Warsi, Jisshu Sengupta and Mahie Gill. Prime members in India and across 200 countries and territories can stream the world premiere of Durgamati starting December 11 exclusively on Amazon Prime Video.