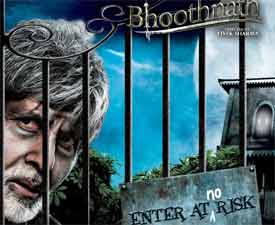 Filmmaker Nitesh Tiwari, who will direct the sequel to 2008 release "Bhoothnath", says they will start shooting once they get dates from Amitabh Bachchan, who played a ghost in the original.

"Chillar Party" fame director Tiwari told IANS: "We will start shooting once we get Amitabh Bachchan's date. He is busy with his other commitments. So once we get Big B's dates, we will start rolling. The film is in its early stage."

Will he take the story forward?

"It will be altogether a fresh story. We are not taking ahead the previous story," he said and added that "we are contemplating with other titles as well. We are yet deciding the star cast."