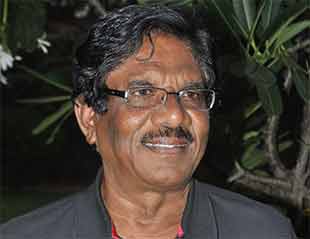 Ace Tamil filmmaker Bharathiraja, who has been a source of inspiration for several young filmmakers in filmdom, has decided to set up a film school here.

Bharathiraja says his idea of a film school is not to mint money.

"If I ever plan to set up a film school, my intention would not be to make profits out of it but give back to the society that has nurtured me all these years," he had said earlier at an event.

A National Award winning filmmaker, Bharathiraja is known for working with all popular Tamil stars such as Kamal Haasan, Rajinikanth and Sathyaraj.

Some of his best films include "16 Vayathinile", "Alaigal Oivathillai" and "Tik Tik Tik".