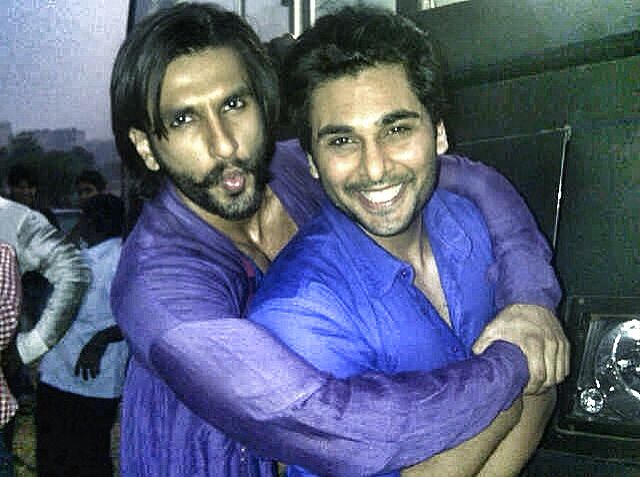 Bharat is quite excited about the release of the movie. TellyBuzz spoke to him to know more about his character in the movie and about his future plans.

Talking about his character and experience of working with the actors, he said, "I have played the character of Manga in the movie who is Ranveer Singh's friend. The character has all the shades and he is friend who is always there for his friend. Manga has all the qualities any friend has. I didn't get to shoot much with Deepika Padukone. I have shot Lahu Main Lag Gaya song with her but I have done many of the scenes with Ranveer. He is a very hard working and a supportive guy. We used to do our rehearsals together and he also used to give us tips for having a good body."

Bharat is excited about the release of the movie and he has lots of expectations. He says, "We were feeling bad on the day we shot our last scene. We are excited about the release of the movie hoping that it will come out good. I hope the audience will like it because it's full of masala. I wanted to work with Sanjay Leela Bhansali. I have got to learn a lot while doing this movie."

"Whatever work will come my way, I am ready to do it. I am playing a negative character and I would like to play a character in future which will be positive but later can turn out to be negative too," concludes Bharat talking about his future plans.

.albatross. 6 years ago This is great news! Bharat is a fabulous actor. :) + Thank you for tagging Meri Bhabhi! &lt;3

Avika.Gor 6 years ago Bharat Chawda is great. I liked him in Bandini.

.ayesha. 9 years ago i am so happy about shaihd
how about u get amrita yaar then priyanka yaar
but i am happy for shahid.
u rock shahid