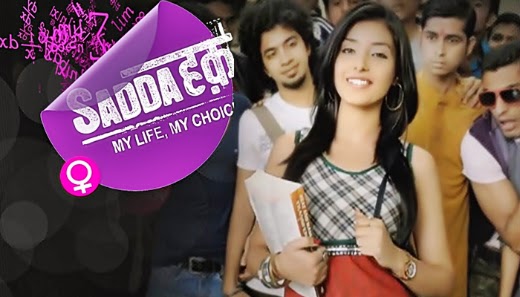 Channel V's popular youth oriented show Sadda Haq, which recently completed the run of a year, is elated to get a year's extension.

It seems the luck is favoring the show and also the impeccable acting of the star cast has made the channel to extend the show's run.

Our source informs us, "The show's contract with the channel was for a year's duration. As the  show is becoming popular among the youth for its concept, it has been gaining good ratings too. So considering all the aspects the show has been given a year's extension."

We wish the cast and crew of the show all the best for their future endeavors!

6 years ago good news !!
indian television desperately needs influencial shows like these ... its HAD to get an extension ! '

Love Param and Harshi as Sandhir

6 years ago Love this show so so much!
Loving the current track!