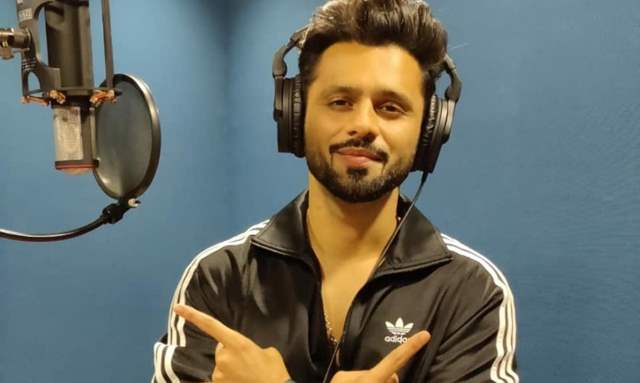 Bigg Boss 14 contestants continue to be in the news even after all these days since the show concluded. And among contestants who often catch the eye of the public, is runner-up Rahul Vaidya. The singer was recently in the news as his photos from the upcoming music video shoot with Disha Parmar took over the internet and now, there are more photos that have been doing the rounds.

The singer seems to have gotten busy with the recording for his upcoming single and we wonder what is it going to be about. Nonetheless, fans are mighty excited and can't seem to wait as to what does the singer has in store for them. Would it be the soundtrack for an upcoming music video, or is it something else?

Among other things, the singer has also been in the news as he confirmed that he and Disha might be getting married soon and that is also another something that fans have been waiting for. Rahul, decided to propose to Disha on national television, and ever since, all that fans have been waiting for are the wedding bells to ring. Meanwhile, Rahul was also in the news for multiple reasons, including a shoot with Kareena Kapoor Khan, judging a reality show, and others. However, there are no updates on the same just yet.