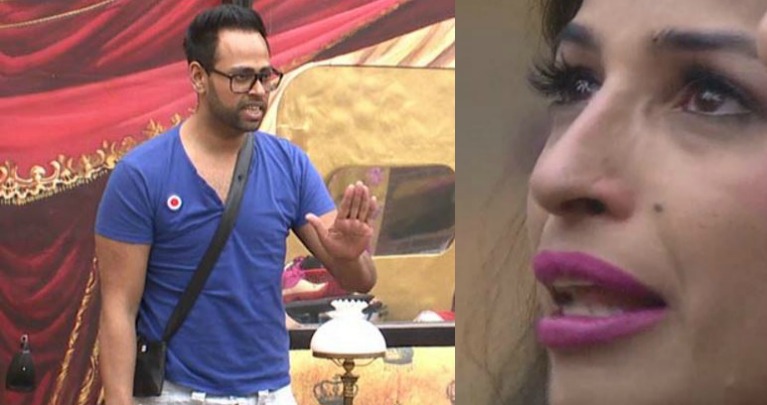 Last night's episode of Bigg Boss was one of the most viewed episodes for sure. The tyrants that Priyanka Jagga and Om Swami became during the Girls V/S Boys Hostel task, drew them a lot of flak.

After boycotting the task mid way, Priyanka and Swami did not stop there. Priyanka went on to insult Manu and passed comments about his late mother. She spoke about how none of her family members' were dead and how she was so lucky to have them all.

Not only the housemates, but the audience watching the show outside were left appalled to witness such insensitivity coming from Priyanka.

And ex contestant Andy voiced his displeasure on twitter. He literally lashed out at Priyanka and called her out for her callous comments about Manu's late mother. Manu's mother passed away a fortnight ago.

Everyone will agree to what Andy has to say. Priyanka Jagga's insensitivity was totally uncalled for.

+ 5
4 years ago Priyanka jagga is a disgusting woman... how can she comment on the person who is no more... she is a mother herself... what does she wants to teach her children