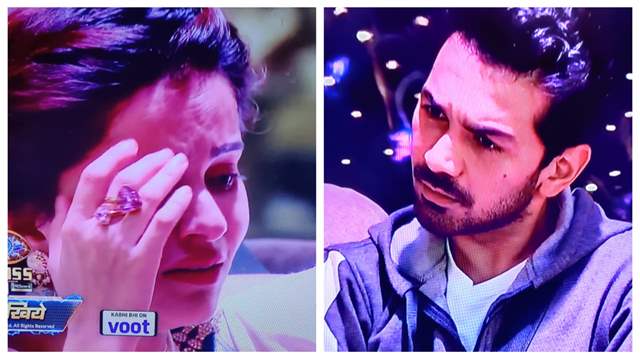 It was just another day in the Bigg Boss 14 house and barely anything has been a change of sorts to witness. The fight between Rakhi Sawant and a few other housemates continued but today saw Sonali Phogat at it and fighting with the likes of Aly Goni and Rahul Vaidya.

The fight between Arshi Khan and Rubina Dilaik continued as expected and it will continue all the more tomorrow where Khan will be screamed upon by Bigg Boss too for breaking a chair.

However, it is the relationship between husband and wife Abhinav Shukla & Rubina Dilaik that is on a problematic phase right now. Shukla and Diliak, we saw had a fight only a day ago and tomorrow will witness another shocking turn of events between them.

Dilaik will be breaking down to Shukla and while their talks will be fine till a point, the former will go on to say how she hasn't even questioned Kavita Kaushik's allegations yet but it has affected her. This will lead Shukla to lose his cool and be extremely shocked upon the fact that Dilaik is questioning her character.

What will this spat lead into, we will have to wait and see.