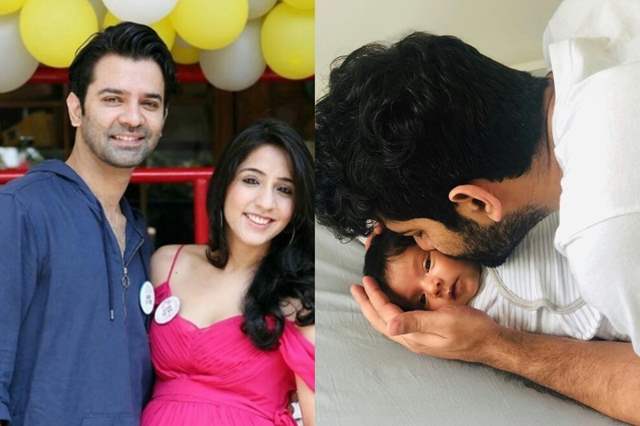 Actor Barun Sobti who rose to fame with Star Plus’ popular daily soap Iss Pyaar Ko Kya Naam Doon recently embraced fatherhood. Barun and wife Pashmeen welcomed a baby girl on June 28, and named her Sifat. Barun who is not on social media and has kept his life private and away from the virtual world, even the news of Pashmeen’s pregnancy came out during her last trimester. Finally, the first pictures of baby Sifat are out!

Have a look at the adorable pictures of this cute little munchkin:

Barun married Pashmeen in December 2010 and the couple welcomed their first child after eight years of marriage. They also hosted a baby shower party which was attended by their close friends and Barun’s co-stars from Iss Pyaar Ko Kya Naam Doon.

Surbhi Jyoti on Tanhaiyan 2 with Barun Sobti: I don't think it's ...

Barni_21 10 months ago Barun Sobti I wish you and your family happiness and prosperity !!

Sofa.BS 10 months ago Barun Sobti has a wonderful family! May Sifat be happy.!!!!

Regina.BS 10 months ago I love you Barun Sobti. I wish you and your family happiness.

Lana08 10 months ago Barun Sobti is the most wonderful father for Sifat !!!!!