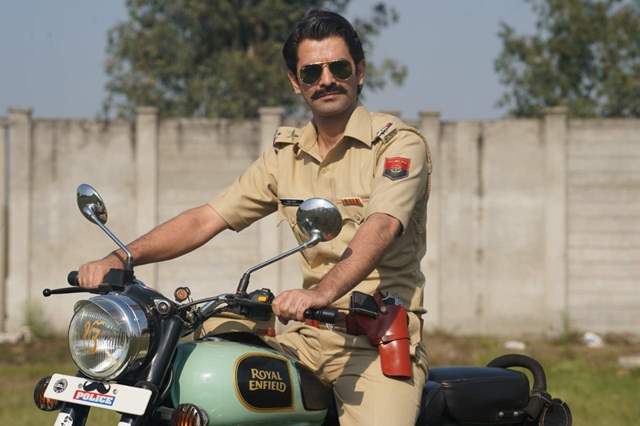 The webspace has given audiences a chance to see their favourite actors in various roles. While there is always scope to explore various genres, it is the character that often creates an impact. Actor Barun Sobti, who was last seen in Asur, is currently enjoying the love form the audiences for his film Halahal. Put in Sobti's word, he plays a cop, who at the face of it may seem corrupt, but he has his own reasons to do what he does. He also feels that the film educates you and the audiences can benefit from watching it for it is time well spent.

We got in touch with the actor recently and he got talking about the show, taking up on TV, and more. Read excerpts form the interview here.

What made you opt for another thriller after Asur?

I don't have set criteria about what made me choose it, I have only one single criterion that if I get a script and I like it, I do it and what I can bring to the character and all those things. The script was lovely and the film has turned out very well and I hope everyone likes it.

Given the current situation and the sensitive nature of the film, do you think this was the correct time to release the film?

To be honest, it is a very insensitive thing to ride on an unfortunate event like this, I am not going to do that, I am not a bad person, the timing had nothing to do with this, and the film was written about 3 years ago I think and there was no sign any such thing happening. Ours is a very different structure and with respect to the timing, there were creative complications happening and hence the movie couldn't release in March, then the lockdown came in.

How was it working with Sachin Khedekar?

What kind of homework went into bringing the cop avatar alive?

The homework was that there is a certain way that the cops are portrayed, which is very super and everyone tends to forget that they are also real people. It was decided during the narrative itself that the more real it was, the more effective it was going to be. So my effort was to depict the real human being, who also happens to be a cop and that is not the full stop of his life. I have grown up in the North in Delhi and I have had my own several encounters with the police, so I know how they are - not very intense, or stuck up, and they are always joking around, sometimes they are very vulnerable and on the backfoot as well. So I wanted to bring all of that in.

Any updates on season 2 for Asur and Tanhaiyaan?

No idea about Tanhaiyaan, but I will convey the message to Gul (Khan). Asur will have a season 2, of course, and hopefully, an announcement is going to happen soon.

Does it bother you that the film has had an OTT release and not a big screen release?

I love it, I'll tell you why, because the ultimate dream is kind of changing, to be honest. Because a lot of right stuff happen on OTT and I remember 5 years ago, there was no OTT while there was terrific stuff happening on television and on the web in the USA and I was like if this trend comes in India, it would be such a great thing to be a part of the space and it is happening.

Well, we sure can't wait to see more of Barun soon, how about you? Drop in your comments in the section below.

sonya316 4 months ago HALAHAL is to good , he has done good job and full justice with his carecter , best wishes and good luck for future and new projects 👍 👍👍👍👏👏👏👌👌👌💐💐💐💐💖💖💖 Our Barun Sobti is the best!!! Yusuf Qureshi - A policeman with a good heart.

mansaf 4 months ago Barun Sobti is a golden horse that his county should appreciate and remark every now and then before it's too late. Give actors like him the chances they deserve.

sonya317 4 months ago I really liked the movie! The main characters are great and the doctor and police officer Yusuf have created a great tandem! Barun Sobti is just a super hero in a new image!!!