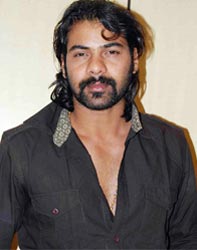 Pavitra Rishta's success story on Zee TV has motivated Ekta Kapoor to work on one more unique concept for the channel!!

And as per the buzz, Ekta Kapoor has started working on a serial which is an adaptation of the best selling novel written by famous Hindi writer Ved Prakash Sharma. The title of the show will be the main character in the novel, which is 'Keshav Pandit'.

Ved Prakash Sharma had received lot of accolades for creating the very convincing character of Keshav Pandit, who got very popular. According to our source, "The serial will also have the same concept that was written in the novel. Keshav Pandit is a person who gets punished for a certain crime in childhood, and this is when he is given the very important Law Book by someone, who asks him to read all the clauses mentioned in the book so that he uses them to his own advantage. From that day onwards, Keshav has a strong hold on the rules of the law, with his main weapon being his mind power and knowledge. He does not even have a law degree but nobody can dare to stand against him in the court room. Keshav's main aim is to help the downtrodden and the needy, at the same time wage an open war with the culprits".

With Keshav Pandit, Ekta Kapoor plans to bring to life an Indian Robinhood. The serial is expected to take up a weekend slot on Zee TV.

According to our source, "The search is on to find the actor to play the prized role of Indian Robinhood. Shabbir Ahluwalia who was last seen in Kayamath is one of the options that the production house has. But auditions are on, and the creative team plans to choose a fresh and a younger face. In case they are not able to zero in on a fresh face apt to play the role, Shabbir might be considered".

When contacted, Shabbir Ahluwalia told us, "No, I have just come back to India. I have not been approached for such a show".

We tried calling Ekta Kapoor, but did not get any response.

Well, let's wait to see who gets to become Ekta's Robinhood….

12 years ago would love to see michi/shachi again
i.e shabbir and panchi.

shabopanchi 12 years ago acress should be panchi.
their chemistry is mindblowing

12 years ago OMFG OMFG!
an indian version of robinhood with Shabbir[ IF he gets the role ] wud be AWEESOMEE.

I totally loved Iljimae [ korean robinhood with Lee Joon Ki ]! So i m really REALLYY luking forward to this oneeee!&lt;33

12 years ago lawyer has a law degree and nobody can dare to stand against him in the court room. Siddhanth's main aim is to help the downtrodden and the needy, at the same time wage an open war with the culprits and coruption".Ekta is copying Siddhanth's concept...
Maybe, Ekta should give the Keshav's role to Pawan Shankar (who played the title role in Siddhanth)...LOL

+ 3
12 years ago same shanta, would love to see shabbir in the role.