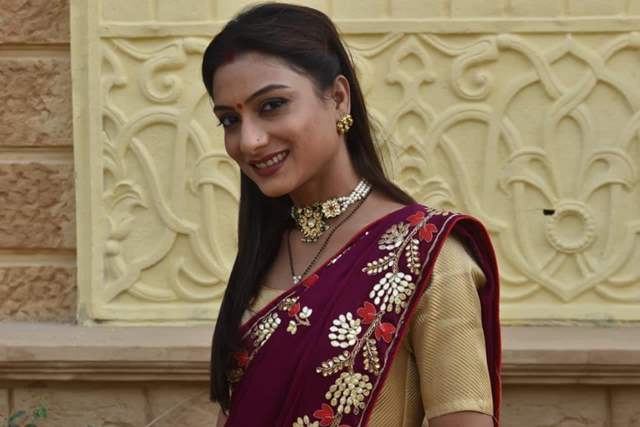 Alaika Shaikh of “Tumhari Pakhi” fame says her much-loved show “Mann Ki Awaaz Pratigya” will touch the hearts of the audience with its strong storyline and relatable characters. The actor, who was last seen in “Tumhi Ho Bandhu Sakha Tumhi”, reprises the role of the daughter-in-law named Kesar, who always spreads love and tries to keep the family intact, in “Mann Ki Awaaz Pratigya”.

“I am always a family oriented person so somehow I could relate to this character because I am one of those people who only spread positive energy in my family,” she adds.

The Rajan Shahi-produced show is currently on air from March 15 on Star Bharat. Alaika, who has been part of shows “Jyoti, Pratigya”, “Tum Hi Ho Bandhu Sakha Tum Hi”, believes the season two of Pooja Gor and Arhaan Behll-fronted show will strike a chord with the audience. “It’s a very entertaining show which can be seen by the entire family. Besides, the story and the characters are very relatable and the show has all the ingredients that makes a family inseparable,” she says. The actor says working on the show has been a dream come true moment for her and it has always pushed her to do her best.

“Personally, the show, the title brings more connectivity and zeal for me to work hard, to shine and grow,” she adds. Alaika says she is thrilled to have teamed up with renowned producer Rajan Shahi and Pearl Grey, who is the writer, show runner and creative producer of the show. “It has been very nice working with them. They make you feel like home and there is always a very professional environment. The whole team is so positive and energetic,” she adds.

Chetan Hansraj on prep for Mann Kee Awaaz Pratigya: Doing a bit of ...