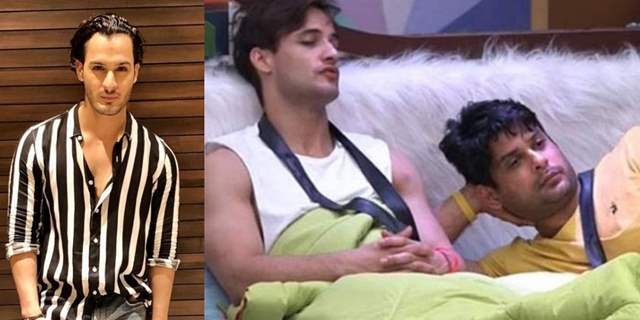 Asim Riaz is one of the top contenders in the Bigg Boss 13 house. His journey in the house has been full of ups and downs and the fans are loving his game in the show.

India Forums got in touch with Asim's brother, Umar Riaz and spoke to him about Asim's equation in the house with Sidharth Shukla, Tehseen Poonawalla's comments on Asim, his current relationship status and much more...

What is your take on Asim’s game?

I think Asim is playing really good game and I have seen him grow up so much since the day he entered the show. He was quite nervous, I could see it on his face and initially also, he wasn't interacting much with all the contestants and as he also said people are not interacting with him. Like the girls also sidelined him so the only one connection he had was with Abu ji. He used to enjoy his company but as the game progressed as more tasks came in and as more people appreciated him for his task, he as a person started growing up. Now he has crossed the finale and I think that’s a big thing.

And the kind of appreciation and love he is getting from the fans, is making him trend on social media platforms. So what is your take on that?

Seeing the amount of love from the people he is getting, It’s really a dream come true. I think if Asim comes to know about all of this , he’s gonna be really really happy. He is very genuine, very spontaneous , he didn't make any fake connection or tries to back bitch or tries to play that ‘game’ game. I think he is going to be there until the finale at least. He deserves to be in the show and win it.

What is your take on the friendship of Asim and Sidharth and also on the recent fight that happened between the two?

Asim I think is very sensitive when it comes to friendship and relationships. He is an emotional guy, he takes things to his heart so if he makes a connection or he becomes friends with someone, he goes to an extent to be with them. Inside also, I feel he has made some really good friends but sometimes I feel Sidharth tries to suppress him. Like we saw yesterday he had a point of view with Aarti and I feel he is not like just because this is my team I can't say anything. He felt that Aarti was wrong and he said it irrespective of other people thinking that they are fighting, so that I really liked it. Because he needs to take his stand. He came in the show alone and he will go alone.

What about Tehseen, he has spoken some really weird, really bad stuff about his profession. In fact we went to Shefali’s husband as well for the interview and he totally supported Asim and he was like nobody can speak on anybody’s profession. What is your take on that whole situation?

When I saw Tehseen Poonawalla mocking Asim, I was like what is happening because he is quite a great personality as I heard about him that he is a Tedx speaker, entrepreneur and a political analyst so I was expecting more, I was expecting some words of knowledge from him, some words of inspiration for the youth.

He didn't get the bigger picture that he is a politician, he is not an entertainer and he needs to be in that zone but he just crossed that zone and he was mocking him for everything. For his state, that he hires people from there. I don’t know, Tehseen knows about my state, we have all the big big people from there, we have many IAS officers from there, we have the Nehru family from there, so telling people that he can hire people from my state I think he doesn’t know the background of my state. So that was quite hurting and Asim didn’t say a thing maybe out of respect. The voting spoke that he was wrong and he is out of the game, I think he deserved that.

Farah Khan said that he should be without shirt, more votes will come. Your take?

The way he is inside the Bigg Boss house, he is inside his house also. He is always shirtless. He has this perfect physique, so if you have it you need to flaunt it.

What about girls who are going crazy over him. Is he engaged, committed, single?

I think Asim is all for grabs because he is single. So maybe when he comes out, let’s see what’s gonna happen.

What do you think of Asim's game plan inside the house? Let us know in the comments below...