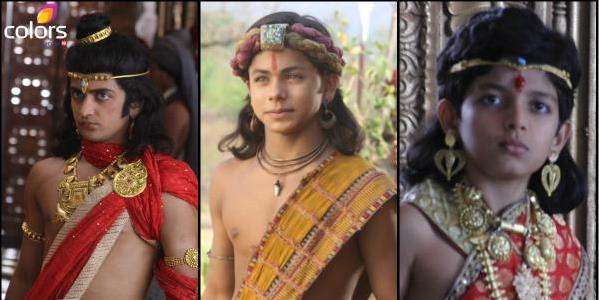 Be it a tussle for power or a clash of egos, Ashoka and Sushim have matched wit and muscle on multiple occasions.

And now, the duo will be seen in a duel of sorts to determine who is truly the strongest of them as they battle it out to win Emperor Chandragupta Maurya's sword. Joining them in the final leg of the competition will be Noor Khorasan's younger son Siamak.

After two rounds of eliminations, Siamak, Sushim and Ashoka will enter the final leg of the competition with their final win guaranteeing them the coveted sword.

The competition will kick off with all three entering a maze at the centre of which is Chandragupta Maurya's sword. Rife with obstacles, the maze will turn into a battle of patience and grit. However, only two people will be strong enough to make it to the final obstacle - Ashoka and Sushim.

To know further about the upcoming track we contacted our source who stated, "In the last phase of the competition, Ashoka and Sushim will come face-to-face with a tiger and it is only after passing this stage that they will be able to claim the sword."

With Ashoka and Sushim coming face-to-face with a tiger, we cannot help but wonder which historical character will finally claim what is rightfully theirs?

Who will walk away a winner to the biggest prize in history?

We tried calling Siddharth Nigam and Sumedh Mudgalkar but they remained unavailable for comment.

+ 2
5 years ago IF tellybuzz is always so ridiculous...Ashoka is a destined empire...so off course he will reign supreme..Telly buzz have no other topic to discuss...

Anyway Siddharth and Sumedh both are just awesome as Ashok and Sushim respectively. And the whole team is doing a good job. keep it up.

+ 4
5 years ago Ashoka the Great, the righteous will reign supreme eventually.