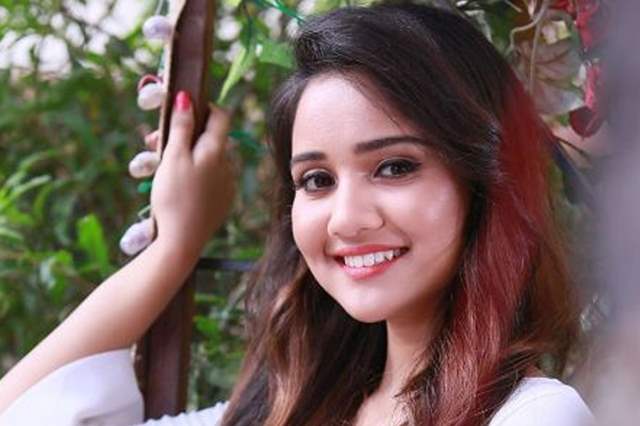 Actor Ashi Singh may just be two shows old so far and even supremely young but she has already managed to have a great run on the small screen. Having debut with the extremely popular and successful Yeh Un Dinon Ki Baat Hai which ran for a long time, Singh made her return to acting after a small break with Aladdin: Naam Toh Suna Hoga, which continues to be on-air right now.

Interestingly, as one would remember she never wanted to be in the fantasy show and she had even signed on for a different show pre-lockdown but that show went off-air during the lockdown period.

Talking about it with Bombay Times, Singh said, “Before this lockdown happened I had signed a show which had to take a leap and then I was to play the lead in it. But as luck would have it, post lockdown that show went off air. Then I was offered this fantasy show; I was really not interested in doing a fantasy show in which I had to replace the lead, Avneet Kaur. But when I was narrated my character, I realized this was out of my comfort zone, which would give me a chance to grow as an actor. I was really scared about the fact that I was replacing a very popular and loved character. But now slowly people are accepting me, though initially people didn’t like my pairing with my co-star Siddharth Nigam.” Ask her why she hasn't been seen in a typical TV show and she says, “I don’t think I will be comfortable doing a saas-bahu show as usmein bahot rona padta hai and ek hi cheez roz karni padti hai. A saas-bahu show might rank high in TRP but creatively an actor doesn’t have much to do in it.”

When asked about the type of image she drew post her first show, she said, "Thankfully I didn’t get any saas-bahu shows post Yeh Un Dinon Ki Baat Hai. After playing a school going girl in my debut serial, the producers offered me similar characters. The funny part is that even though I used to get through most of the auditions, the producers would reject me saying I looked too young. In fact, I got so frustrated that I decided to sit at home and pursue my studies and then try my luck again after few years. But then I got Yeh Un... and rest as they say, is history.”

When asked about her personal life, she said, "I haven't dated a single guy in my life though many boys have proposed to me in school and college. Whenever a guy used to propose to me I used to say no politely as till date I have a very small town mentality where dating comes with a big responsibility of being with the person forever. I can't date a guy today and break up with him tomorrow and date another guy the next day. Dating for me would mean a lifetime commitment. I will also confess one thing. I have watched so much of these crime based shows that I am also scared of dating someone randomly."

myprimechicago 11 days ago Ashi is a good actress... so deserves exceptional roles

riiddzzyy 14 days ago One word for this girl "IMPRESSIVE"

Sujz 14 days ago Ashi Singh is nailing it as Yasmine in Aladdin Naam toh Suna Hoga!