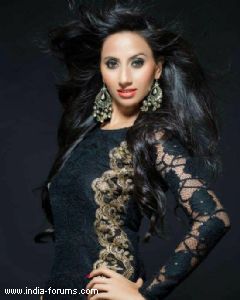 Pretty actress Arushi Mehta, who is better known for playing the character of Parvati in Balaji Telefims' Kahaani Humaaray Mahaabhaarat Ki, is all set to be seen in Sahara One's Aaj Phir Jeene Ki Tamanna Hai.

Our source said, "Arushi has been roped in to play the character of Juhi in the show who is a very modern girl. Juhi is a grey shaded character and she is an ex-girlfriend of Yuvraj (Kanan Malhotra). She belongs to a very rich family. She comes back in Yuvraj's life all of a sudden and both of them meet each other again in a club."
When contacted Aarushi, she confirmed the news saying, "I am pretty much enjoying playing this character. The most important part is that all my co-stars and the entire unit is very good. I have earlier done an episodic for Haunted Nights - Kaun Hai Woh? with the same production house so its like being back to the family."
Aarushi has already started shooting for the show.

+ 2
7 years ago Its nice to see Nivedita Tiwari back on screen but I think all the actors need to work more on their acting.
I wish the show all the best.

10 years ago I absolutely agree with Akshay kumar.

Harp_95 10 years ago I agree!!! Gautam Gambhir played amazing during the match!!! I think the trophy should be shared with Dhoni and Gambhir!!
GAMBHIR ROCKS!!!