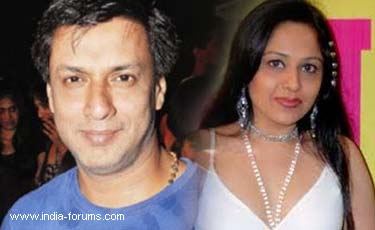 The Supreme Court Monday stayed criminal proceedings against filmmaker Madhur Bhandarkar in a rape charge levelled against him by actress Priti Jain.

While staying the proceedings, an apex court bench of Justice H.L. Dattu and Justice C. K. Prasad issued notice to the Maharashtra government and Jain on Bhandarkar's plea seeking that the case against him be quashed.

Bhandarkar had challenged the Bombay High Court order asking him to face trial in the alleged rape case.

In July 2004, Jain had lodged a complaint alleging that Bhandarkar had raped her several times between 1999 and 2004 under the pretext of marrying her and casting her as actress in his movies.

Even though the Mumbai police in its report had said that the allegations against Bhandarkar were 'maliciously false', the Mumbai metropolitan court in September last year did not accept it and held that there was substance in Jain's complaint, and issued process against Bhandarkar, directing him to face the trial.

The magistrate's court in November last year had granted anticipatory bail to the Bollywood filmmaker.

Bhandarkar had challenged the lower court's order before the high court which too had rejected his plea.

Sushant Singh Rajput's sister Shweta urges everyone to pray for ...