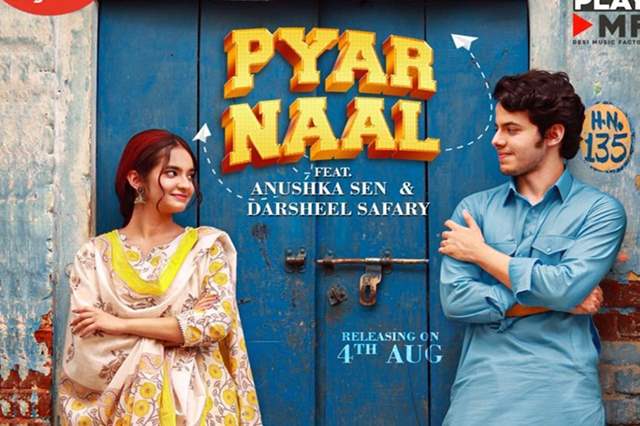 Actor Anushka Sen might be best remembered for her role in Sab TV's Baalveer but we all know how the actor, now a teenager has gone on to become one of the most successful social media influencers on the block.

Apart from her amazing social media presence, acting, and appearing in various commercials, Sen has also been a part of an array of hit music videos over the years too.

And talking about music videos, Sen is now all set and rolling to be appearing in an upcoming music video titled, "Pyar Naal" featuring Sen and actor Darsheel Safary. The song has been sung by Vibhor Parashar where the music has been given Rajat Nagpal and lyrics have been penned by Rana. Directed by Gurinder Bawa, the video will be releasing on a special day.

And that day is Sen's birthday. Yes! That's right. Sen turns 18 on 4th August 2020 and even though she is now turning an adult, it seems a perfect day for her next big project to be released.

Talking to us, she said, "This is a really special project for me, having Darsheel as my co-star and the release being on my birthday is amazing. Also, the song has been shot a week back in Chandigarh with proper safety & precautions and I can’t wait for my fans to enjoy it."

Anushka Sen has a special Tribute for Rabindranath Tagore!