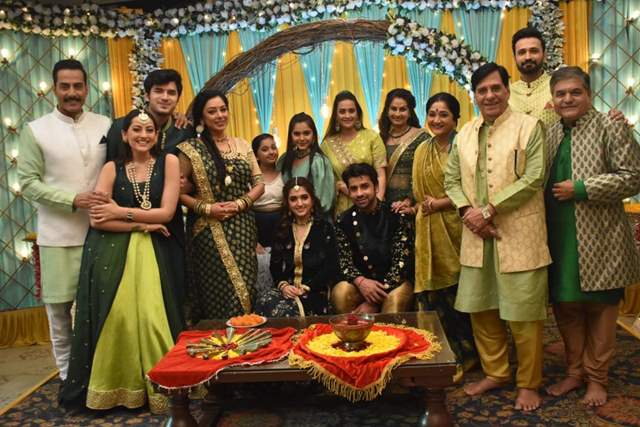 Rajan Shahi's "Anupamaa" is keeping the audience entertained with the new twists and turns, and a new drama will be soon unfolding in the show. As the Shah and Dave family begin the wedding festivities of Paritosh and Kinjal with sangeet and mehndi, Rakhi has plans of her own to call off the wedding.

Baa had asked Vanraj to stay with them till the wedding and he agreed, but when Kavya asked Vanraj if she could accompany him, he gave her a strict no. Vanraj comes home and everyone is dressed up all set for Paritosh and Kinjal's sangeet, and the first performance is by none other than Anupamaa.

We know how beautifully she dances, so for the sangeet, Anupamaa decides to dance on "Prem ratan dhan payo". Not just her, the audience will also get to Paras and Nandini give a cute dance performance.

And if you thought it was only about dance performances, wait till you hear this. Baa will slap Rakhi. We have seen that Baa has always told Rakhi that "tere kaan ke niche sitaar bajaungi", looks like she finally did it. But this is not it. There is so much more that is going to happen in the upcoming episodes, so keep watching your favourite show Anupamaa.