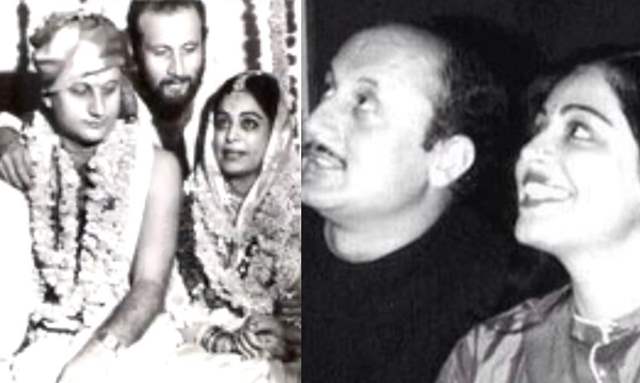 Bollywood’s most lovely couple Anupam Kher and Kirron Kher are celebrating another year of togetherness. The couple married back in 1985 and are celebrating their 36th wedding anniversary today on August 26.

Anupam took a trip down the memory lane by sharing a few black and white photos from his wedding day and the early days of his marriage. He also wrote a sweet note to his wife, wishing her good health. His note reads,

“Happy 36th wedding anniversary dearest #Kirron. It has been a long journey with all the possible emotions of laughter, tears, arguments, sharing, friendship, love, and togetherness! But a journey worth it. These black and white pics have all the shades of color in them. Stay safe and healthy. Love and prayers always! ?????? @kirronkhermp #Anniversary #Life #Love”.

Actor Sikander Kher also wished his parents with a cheeky post: "Happy anniversary to these two people. I think I've seen them somewhere... to many more."

Earlier this year, the actress-turned-politician, Kirron Kher was diagnosed with cancer. She is, however, doing much better now. Giving an update on her health, Anupam had told a news portal that it is a natural phenomenon to support people near you and that is what he has been doing.

According to him, doctors are doing their best and he can only be positive and optimistic and believe in the brilliance of doctors, and pray. He also added that the whole family is leaning on optimism to find some strength in this fight.

Lately, the Dostana actress has been making special appearances in Instagram videos of her son, Sikandar Kher.