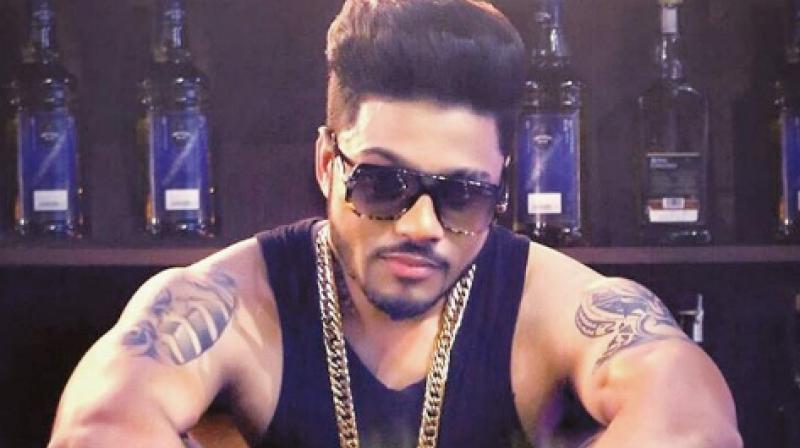 Anoop Singh, son of singers Manjeet Ral and Nindy Kaur, is coming out with his first solo single titled "You cant stop this party" featuring rappers Humble The Poet and Raftaar.

Inspired by the thriving hip hop global community, the single was shot in Canada, Mumbai, France and Los Angeles over a span of 15 days, read a statement.

The music video has been directed by Birdi and Manj Musik while Nindy has styled the entire video.

The lyrics of the single have been composed by Anoop, Humble The Poet and Raftaar for their respective segments.

"This song is my vision of telling the world that music is universal and knows no boundaries. I have collaborated with two of the most popular rap artists in the world giving a mix of desi hip hop and urban pop," Anoop, who goes by the stage name Noopsta, said.

"I am very fortunate to have parents who have been in the music business for over three decades now. I always dreamt of being a musician since childhood but I wanted to first train professionally as a singer before taking the big leap.

"I am taking lessons in tabla and keyboard as well as learning producing beats on my laptop with a lot of help from my parents. I am working on a couple of singles that will be released later this year and my parents are also helping me to feature on a Bollywood track which would be awesome. Though I'd love to collaborate with The Weeknd or Future or Justin Bieber someday," Singh added.

Marketed by Muzik One Records, the single will be released worldwide on Manj Musik youTube channel on August 1.

Sameksha did my makeup and also handled the camera and direction ...

Guru Randhawa collaborates with International star Pitbull for his ...