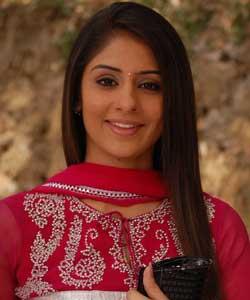 Someone has rightly said that truth cannot be concealed for a long time!! And this is exactly what happened with actress Ankita Sharma in the success party of Sony's Baat Hamari Pakki Hai where someone very special was seen accompanying her!!.

A witness from the party says, "Ankita was accompanied by a guy who was actually not from the industry."

Elaborating more on the relationship our khabroo says, "Ankita Sharma is in relationship with the guy who was with her throughout the party. Though she does not reveal it openly, his name is Kuldeep Singh who is a doctor by profession, practicing Physiotherapy."

"They both are in relationship since 12 years. In other words, it is a cute love story that has been blossoming ever since they were kids. Though they don't have any immediate plans to get married, they are contemplating about getting engaged next year," adds our source.

TellyBuzz contacted Ankita Sharma to know more about their relationship, and the girl in a confirming tone says, "It's very personal to talk about it, so I won't be able to comment on it."

Ankita, though you didn't reveal, our khabroo did catch you both together!!

md_arefin 9 years ago Before Ankita knows Barun, she knew him for 12 years. But we would be more happy to see barun ankita together

sandy.21 9 years ago Nice to know about u r childhood relation... thanx for the news and all the best

Ravi.11 9 years ago I am the heart broken with this news... But My love says u all the best ankita dear...

spicy_tikka 9 years ago awwww....even tho ankita and barun luk good together, im still happy for her!

nitashaj83 9 years ago I am not very happy about it...lol...i sometimes felt that Barun and Ankita had something .

kinny_ranvir 9 years ago all d best ankitha.. u r so good as saachi

sandy.21 9 years ago Its veri nice to know good one..All the best..