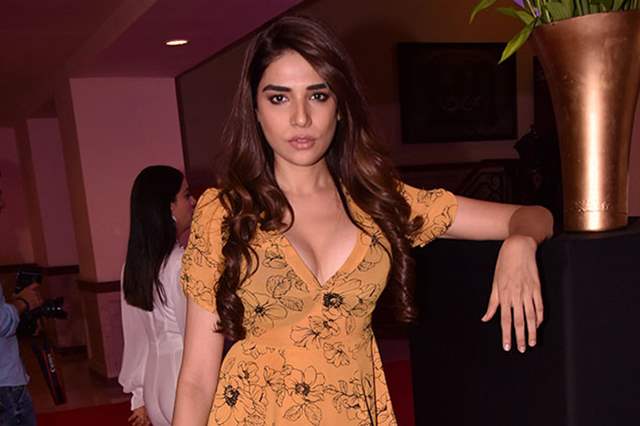 The struggle that an actor goes through to make it in the showbiz usually gets completely overshadowed until not talked or shared about. However, if and when we talk about fans of an actor, they actually inspired when they know about such stories.

Such has also been the case for actress Anjum Fakih, who currently stars in Kundali Bhagya. In an interview with Bombay Times, the actress opened up on how she had to leave her home to pursue a career in showbiz and how her parents wouldn't talk to her for over a year.

She said, “My family was quite strict and conservative, and even watching TV was taboo in our house. Finally, when I was in Class 9, my father bought a television set after much persuasion. In fact, my grandfather did not visit us for two years because we had a TV at home!” She added, "My father wanted us to be well educated. So, in 2009, when I told them about my decision to quit studies and pursue modeling, they were very upset. It was almost like there was an earthquake in my house, and they said that I would have to leave home if I wanted to enter showbiz. I put away my burqa, packed my bags and left home,”

About life in Mumbai, she said, "I started working as a sales executive in stores, selling perfumes. Those days, I used to walk from Bandra to Andheri to give auditions. I did not have money but never called my parents for support. There used to be a food joint on Carter Road and the uncle there would feed me veg pulao every day, free of cost.”

But now the situation is completely different for her with her family and career, and she said, "Slowly, my parents began to understand my career, and they are happy to watch me on screen now. They are probably happy to see me in a salwar kameez on TV now (laughs!). It’s all so good now, that my mother even stays with me.”

ChickenSoup 10 months ago How brave and stunning...(excuse my sarcasm). She thinks working in the showbiz industry and wearing bikinis and doing dirty photoshoots is something to be proud of isn't it? She pretty much sold herself to the devil. People in the show business should never be admired. NEVER!!