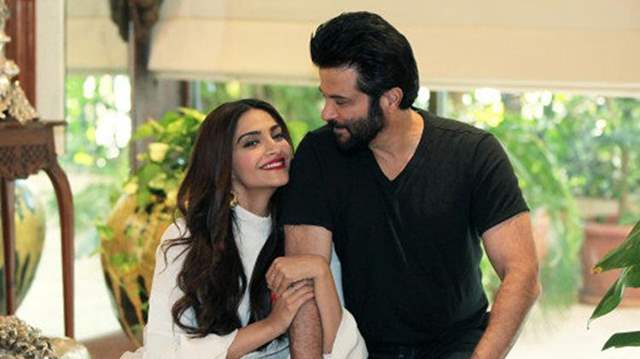 Sonam Kapoor is celebrating her 37th birthday today, and she has been showered with wishes and greetings from her fans and followers from all across the globe. While she is having her best time with her hubby Anand today, looks like father Anil Kapoor is missing her dearly.

Owing to the occasion, Anil Kapoor took to his Instagram account a few minutes ago and shared a bunch of unseen pictures of his and Sonam's, while penning a heartwarming note to wish the actress on her special day and express how much he is missing her today.

Anil Kapoor's caption read, "Dear @sonamkapoor, If there's anything that makes up for not being able to celebrate your birthday with you this year, it's the anticipation that the next time we see you, we'll be that much closer to holding our grandchild in our arms! Parenthood is a see saw between being happy for your children as they create their own lives and being sad that they're not always around you anymore....you'll see for yourself soon enough! Happy birthday my darling girl! We can't wait to see you, Anand and our little prince(ss) soon!"

For the unversed, Sonam Kapoor and Anand Ahuja announced their pregnancy through an Instagram post and a bunch of adorable pictures a few months ago. She has been documenting her journey of pregnancy by sharing adorable pictures and videos with Anand. Fans are loving the pregnancy glow on her face and can't wait to witness the little one.

Meanwhile Anil Kapoor is gearing up for the release of his upcoming film JuggJug Jeeyo. Apart from him the film features Varun Dhawan, Kiara Advani, Neetu Kapoor, Maneish Paul and Prajakta Koli in pivotal roles. It will hit the theatres on 24th June.

+ 10
1 months ago Aww such a lovely message for Sonam by Anil. Belated wishes for Sonam for bday.