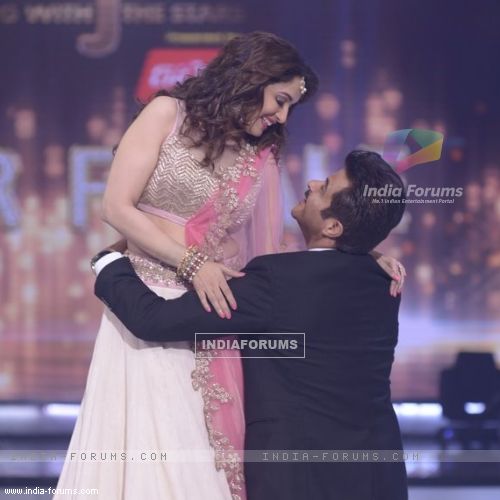 With the final countdown today the Colors' popular dance reality show Jhalak Dikhhlaa Jaa Season 7, many spectacular performances are expected to amaze the viewers tonight for the grand finale.

Anil Kapoor and Madhuri Dixit Nene danced on the tunes of their famous and epic song â€˜Ramji bada Dukh Deenaâ€™ and â€˜Ek Do Teenâ€™.

The grand finale is surely not to be missed!

samicute 6 years ago look amazing together anil kapoor and madrui

Varun.srk 6 years ago Lv varun dhawan
I Lv u a lot
U re my dream boy