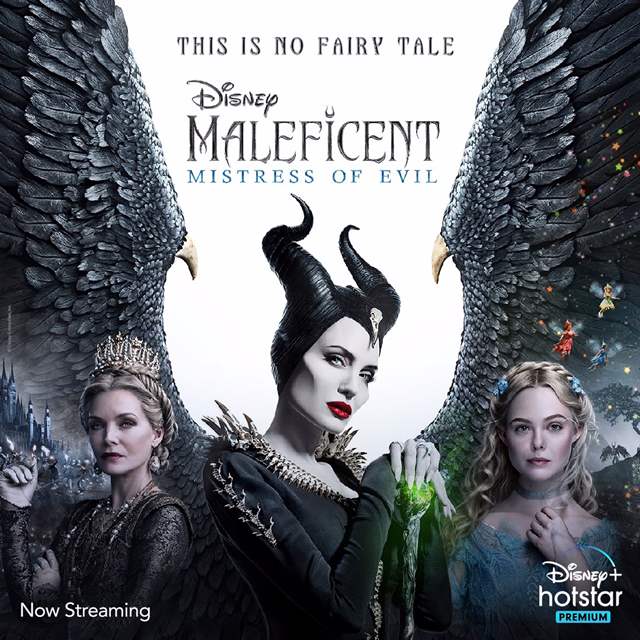 Disney+ Hotstar Premium has added a Hollywood family entertainer to its extensive movie catalogue – Maleficent: Mistress of Evil. Starring Angelina Jolie and Michelle Pfeiffer, it is a sequel to the 2014 fantasy movie Maleficent and remains to be one of the biggest movies created in 2019. Making its digital premier in India on International Family Day, Maleficent: Mistress of Evil will now be available to stream on demand starting 15th May 2020 in English on Disney+ Hotstar Premium. Additionally, the queen of Bollywood Aishwarya Rai Bachchan lent her voice for the Hindi rendition of the movie available Disney+ Hotstar VIP; giving families across the country another wholesome blockbuster to enjoy together.

The second installment of this epic fantasy adventure picks up several years after Maleficent and follows the ascendant princess Aurora and the darkly charismatic Maleficent. Together they try to navigate the complex dynamics between them, form new alliances and confront new adversaries - all in a bid to protect their land and its subjects; taking families on a spellbinding new journey. Mounted on a grand scale with vibrant special effects that make the movie visually spectacular and  a must watch for families. Maleficent: Mistress of Evil has been directed by Joachim Ronning, an Academy nominated director who was also previously associated with popular movie Pirates of the Caribbean: Dead Men Tell No Tales. The movie stars the best of Hollywood actors including Angelina Jolie, Michelle Pfeiffer, Elle Fanning, Chiwetel Ejiofor and Harris Dickinson in pivotal roles.

Debina Bonnerjee to wrap up her negative shade cameo on ...
13 minutes ago