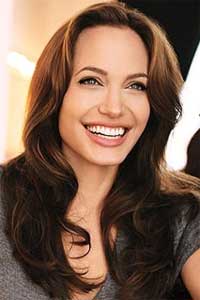 After the success of Raajneeti, Prakash Jha is already toying with a concept for his next movie, which will be marketed overseas, to an international audience.


For a long while now, Prakash has been mulling over a film focusing on the story of Draupadi aka Paanchali, the wife of the five Pandavas in the Hindu mythological epic, Mahabharata. His initial choice for the role was Bollywood actress Madhuri Dixit, but since his extend to a world wide market for this venture, he would like to get an international cast. In particular, he would like to see Angelina Jolie in the role of Draupadi.


Should Angelina accept the role, she will inevitably be competing against Bipasha Basu, who also plays the same mythological female protagonist in Rituparno Ghosh's upcoming film.


Jha sure has his ways to experiment - from having Brit accented tinsel town babe Katrina play a fluent Hindi speaking political character, to a complete outsider essay a pivotal role from the sacred texts of the Hindus - he insists of playing the surprise element card!

Deepika Padukone Arrives at NCB, to be Questioned over ...
26 minutes ago