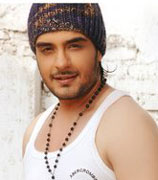 There have been lots of speculations on whether the lead of Star Plus' Sapna Babul Ka Bidaai, Angad Hasija is single or not!!

Sometime back, there were rumors flying around that he is already married and has a kid in Delhi. However, confirmed sources dismiss the marriage part, but accept that Angad is seeing a non-industry girl.

We called up Angad who plays the schizophrenic character of Alekh and he said, "I don't want to say anything except that you need to wait for my birthday on 31st May, where I will give a big surprise to my friends".

Angad in a way confirmed the news when he said that his ideal girl would be someone who is from outside the industry. "She has to be simple, sweet, someone who can understand me and my family", quips the actor.

As for now, we need to play the waiting game till Angad presents his lady love to the world on May 31st… 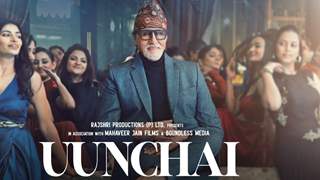 13 years ago Awwwwww Angad you broke my heart.
I was sad all day yesterday.
Congrats to you and all the best.

13 years ago awww...he''s sooo cute...him and sara make an awesome pair....wish they were together in real life!!!

+ 9
13 years ago Is he dating or is he searching for a girl?, the title is confusing and the article much more confusing me lolzzzzzzz.........

sonia bajwa 13 years ago He is looking so good here.But In Bidai he look like a langoor.May be because of his Character.