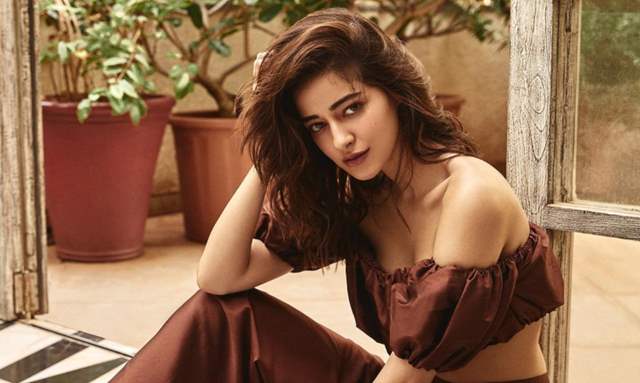 Ever since Ananya Panday made her debut with Student of The Year 2 (SOTY 2), she has been the talk of the town. She has shown remarkable variety in her work with only three films and is going up the graph with her every project. Fans have loved her in all her characters. The roles she played helped her explored different genres and show us a new side of herself.

During a recent interaction with ANI, Ananya revealed that she wishes to perform a new shade of character as she hopes to play the lead in an action film someday. The 22-year-old actress also mentioned her desire to feel empowered after doing fight sequences in the latest release.

"Doing action in this film was something very new for me and different, but I had a blast. Parvez Bhai and his team made it feel so easy for me, so I really hope to do action in more films or maybe even an action film someday," she said.

Ananya was recently seen in the Maqbool Khan directorial - Khaali Peeli and revealed how the character of Pooja was empowering.

She added, "The fact that Pooja was so empowered and no damsel in distress, how she fought for herself, really drew me to her as a character. She was a full Hindi-picture hero herself."

With just 3 films old, Ananya has become a fan favorite especially after Khaali Peeli, where much to everyone's surprise she handled a very different role and that too with complete justice to it.

The young star who rose to fame in no time with her work has signed a deal with significant brands after each movie.

On the work front, she will next be seen alongside Deepika Padukone and Siddhant Chaturvedi in Shakun Batra's untitled and a Pan-India film Fighter opposite Vijay Deverakonda.

Ananya Panday is physically back in India but her mind and heart is ...

"Girls calling Ananya Panday an inspiration for fashion": Kareena is ...