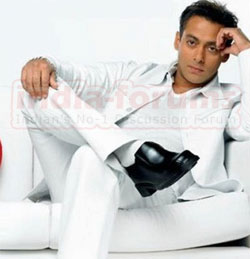 After 'Khamoshi' and 'Hum Dil De Chuke Sanam', Salman Khan is all set to appear in yet another Sanjay Leela Bhansali presentation – 'Saawariya'. He plays a character named Iman, who, apparently, is a lot like Salman in real life – devilish, yet introspective. This name also means a lot to Salman, because that is what his father wanted to name him.

Salman has an unusual take on Bhansali's films. He says, "Sanjay's films are almost perfect, but there is a shortage of humour. That is where I come in." Salman adds that he has seen no change in Bhansali's style since 'Khamoshi', and that the dedication and reverence the director has towards cinema is proved by the fact that he spends all his money on his films. Salman recalls that when Bhansali was making 'Khamoshi', he did not have money to buy flowers, so he requested the flower seller to give him flowers on credit. This may be the reason that most of his films go over budget, the actor feels.

SRK's 'OSO' releases on the same day as Salman's 'Saawariya'. Salman thinks this is just a co-incidence. And he does not think either of the films will suffer because of this. "We have a large population in our country, and therefore, both films will do well – people will watch both," he adds.

Having played 'Prem' in most of his movies, Salman does not feel the need to proclaim himself either as a Hindu or a Muslim. "An artiste is neither Hindu, nor Muslim," he says. "As far as I am concerned, I consider myself lucky that I am half of both. I go to temples and mosques, with equal devotion."

Salman has been one half of many hit pairs – not just with his heroines, but with the heroes as well. Most heroes feel threatened by him when they share screen space. Salman agrees that his fans liked him paired up with SRK and Aamir Khan. "If they want, then we can work together
Featured Video 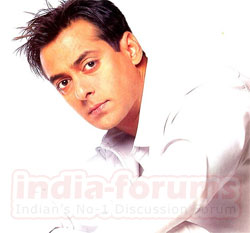 again," he says, leaving no doubt as to whom he blames for the absence of such roles.

The ever-controversial actor keeps himself away from the media. Justifying his stance, he says, "When I am asked a direct question, I will give a direct answer. The problem is that I am asked more about other people than myself. I have no issues if I am asked about myself or my work, but people insist on bringing up the past, and then expect me to answer without any hesitation." He recalls an incident where a reporter and a cameraman bashed up his car while he was inside, hoping that he would come out and abuse, so that his language and temper can be shown to the whole world. However, he is sometimes known to flirt with the media, and claims to have a few friends in the industry. "I am so relieved that these days, my reputation has been salvaged, somewhat, because of the media. Now the media and I are friends, though, and we respect each other." 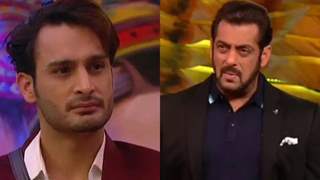 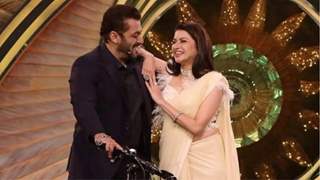