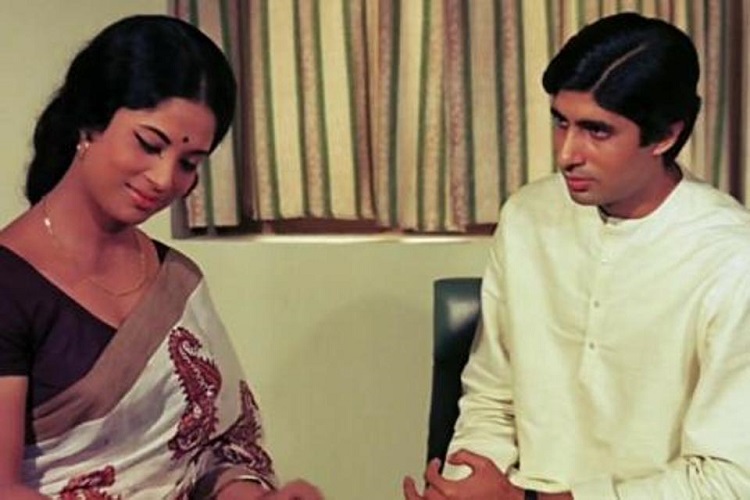 Veteran actor Sumita Sanyal, left for heavenly abode on Sunday afternoon. She was 71 years-old and was at her residence at Deshapriyo Park, Kolkata.
The actress had worked in several Hindi films and did more than 50 Bengali films.
In Bollywood, she was seen in films like "Anand", Guddi, Mili, Aashirwad, Mere Apne and many more. She shared sceeen space with Amitabh Bachchan and Rajesh Khanna in "Anand". She also worked with Dilip Kumar in Sagina Mahato (Bengali film) and with Biswajit and Sandhya Roy in Kuheli (Bengali film).
Soon after her demise, the Chief Minister of West Bengal, Mamata Banerjee offered her prayer and condolences to the family of the actress on her social media account.
She tweeted, "Saddened at the passing of veteran actress Sumita Sanyal. My condolences to her family, friends and fans."
We pray for her departed soul to rest in peace and may God grant courage to the family to bear the loss.
0 Likes

Annasabu 3 years ago Sumitaji was a beautiful actress and her memorable performance was in 'Anand'. RIP.

Deblina Chatterjee to be seen as Lakshmi in Vighnaharta ...
7 minutes ago

Here’s why Akhilendra Mishra initially denied playing the ...
9 minutes ago

Sushant Searched about Painless Death, Trouble in ...
16 minutes ago

Rishina Kandhari talks about resumes shooting, her perfect ...
38 minutes ago

Yeh Rishta Kya Kehlata Hai: Kartik to take care of his ...
49 minutes ago

Sushant Singh Rajput fans gear up for a second round of ...
49 minutes ago

Sushant’s Brother-in-law Messaged, ‘Please Keep My Wife Away ...
59 minutes ago