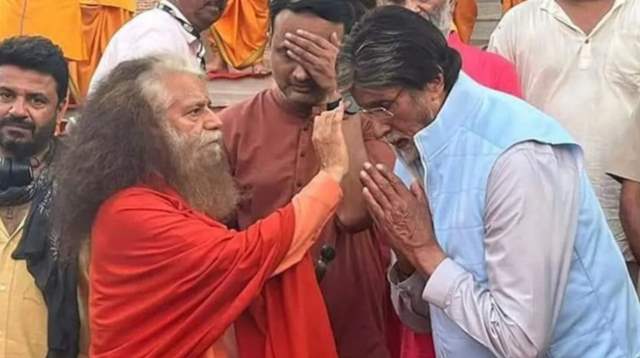 Megastar Amitabh Bachchan visited Rishikesh, Uttarakhand recently and photos of him performing a puja have surfaced on the internet. He is seen doing the Parmarth Ganga Aarti alongside Swami Chidananda Saraswati in the photos.

The Jhund actor wore a traditional outfit for the occasion and donned a grey kurta with a light blue jacket and his distinctive glasses. In another photo, he is seen sitting next to Swami Chidananda Saraswati on the stairs of what appears to be a Ganga ghat in Rishikesh, discussing thoughts.

Channelling his poetic side, he wrote in the caption of the picture,

"The Ganga provokes divinity .. embraces the soul in a way no other can .. and emotes in a manner unknown to mankind .. we see, we hear we know but we do not ..."

Helmed by Pooja Kaul, the film will reportedly star the megastar in a cameo role of a taxi driver, for which he shot scenes at the city's station in old Lucknow. 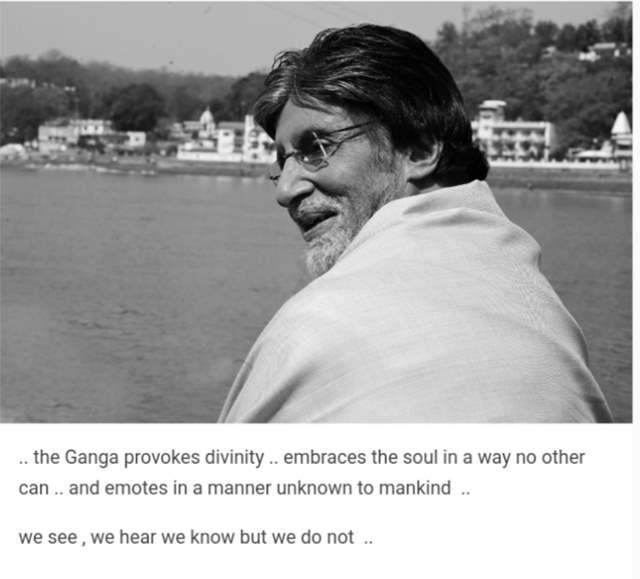 Apart from this, Bachchan will be next seen in Ayan Mukerji’s upcoming film, ‘Brahmastra’, co-starring Ranbir Kapoor and Alia Bhatt.