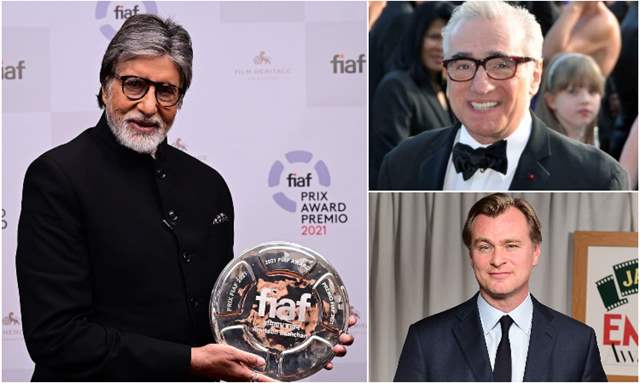 After a virtual conference held on Friday, Amitabh penned a heartfelt note for the film industry after being conferred with the 2021 FIAF award by FIAF. The 78-year-old star shared a picture of him from last night after he received the accolade.

The award was presented virtually to Amitabh by Martin Scorsese and Christopher Nolan, who share a long-standing relationship with India through their affiliation with the Film Heritage Foundation.

Big-B was honoured for his dedication and contribution to the preservation of the world’s film heritage and he will be the first Indian to receive this international award.

Amitabh Bachchan becomes the first Indian to be honoured with 2021 ...