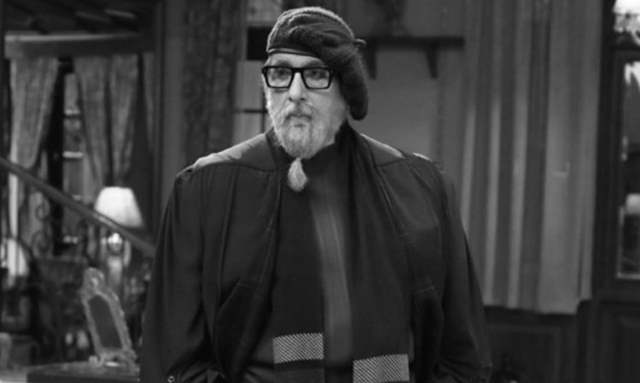 Amitabh Bachchan is one of the most celebrated actors of the Bollywood industry. Big B is known for not only his generosity and the need to help the helpless, but also for his versatile acting. Every role that he has played until now has impressed the audiences, each performance more memorable than the other.

Big B’s next project is a psychological thriller titled Chehre. The shooting for the movie was recently wrapped up. Just like any other on of his performances, Amitabh Bachchan gave his best for the last scene of Chehre. According to a tweet, his performance was so powerful and memorable, he received a standing ovation form the entire cast and crew.

Oscar-winning sound designer Resul Pookutty took to his official social media handle and gave us sneak peek into Amitabh Bachchan’s iconic performance for Chehre. He wrote how the senior actor managed to nail yet another role by performing a fourteen-minute-long submission in one shot. Well, that was so impressive that the entire crew stood up and started clapping for Big B. Resul, in his tweet, also called Amitabh as one of the best in the world.

He wrote, “Today @SrBachchan marked another history in Indian cinema.Last day last shot of first schedule of #Chehre @anandpandit63 he performed a fourteen minute long submission in one shot and the whole crew stood up and clapped! Dear Sir, undoubtedly you are one of the best in the world.”

Chehre is a mystery thriller, directed by Rumi Jaffery. Its plot revolves around a group of friends, some out of which are retired lawyers. They decide to meet at a bungalow in Shimla and play a psychological game. After Pink and Badla, Chehre will once again see Amitabh Bachchan stepping into the shoes of a lawyer. The film also stars Emraan Hashmi, Kriti Kharbanda, Rhea Chakravorty and Siddhant Kapoor among others. It is slated to release on February 21, 2020.

Sushant’s father KK Singh was concerned about son’s ...
2 minutes ago

Abhishek Kapur on Janmashtami: Be it dressing up as Krishna ...
5 minutes ago

review
Review Shivangi Joshi and Mohsin Khan bring out the romance in ...
22 minutes ago

"We’ve all Seen Our Worst as Humanity this Year": Ali Fazal
32 minutes ago