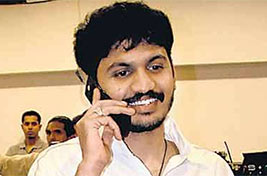 Filmmaker E. Niwas, who is gearing up for his next project tentatively titled "Aman Ki Asha", says the movie will go on floors in March 2013.

"We will start shooting for the film from March 2013. The entire film will be shot in Britain. It would be great to see a fresh pairing of Ali Zafar and Yami Gautam," E. Niwas told IANS.

Revealing the roles of the lead actors, E. Niwas said: "Ali is playing the role of a Muslim boy and Yami will be seen as an Indian girl. It will be a nice love story."

E. Niwas has earlier directed films like "Shool", "My Name Is Anthony Gonsalves" and "De Taali".